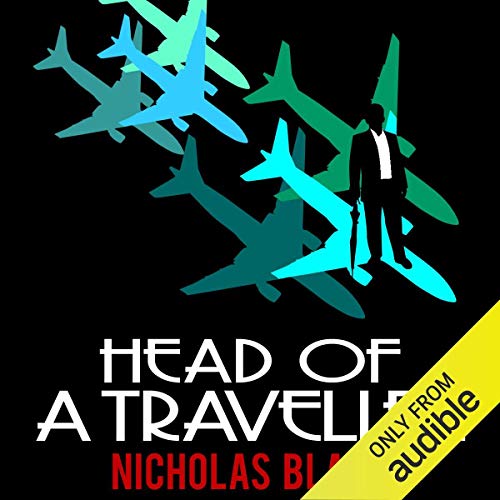 Head of a Traveller

By: Nicholas Blake
Narrated by: Kris Dyer
Try for £0.00

Staying with a friend in Oxfordshire, Nigel Strangeways pays a visit to Robert Seaton, a distinguished British poet whom Nigel greatly admires but whose reputation has been on the decline of late. Seaton proves to be an irascible, temperamental man, and his unconventional household, featuring a resentful daughter and mute dwarf servant, simmers with tension. When a headless corpse is found floating in the river by the Seaton's house just a few weeks later, the poet becomes the prime suspect. But whose body is it?

Nicholas Blake was the pseudonym of Poet Laureate Cecil Day-Lewis, who was born in County Laois, Ireland in 1904. After his mother died in 1906, he was brought up in London by his father, spending summer holidays with relatives in Wexford. He was educated at Sherborne School and Wadham College, Oxford, from which he graduated in 1927. Blake initially worked as a teacher to supplement his income from his poetry writing and he published his first Nigel Strangeways novel, A Question of Proof, in 1935. Blake went on to write a further 19 crime novels, all but four of which featured Nigel Strangeways, as well as numerous poetry collections and translations.

During the Second World War he worked as a publications editor in the Ministry of Information, which he used as the basis for the Ministry of Morale in Minute for Murder, and after the war he joined the publishers Chatto & Windus as an editor and director. He was appointed Poet Laureate in 1968 and died in 1972 at the home of his friend, the writer Kingsley Amis.

What listeners say about Head of a Traveller

A great way to spend a rainy day!

Another enjoyable Strangeways story. I know The narrator isn't universally loved but you get used to him.

Never come across such a staccato narration before….no rhythm or flow, meaning of sentences completely lost. Yet another of my favourite authors completely ruined by badly chosen narrator .