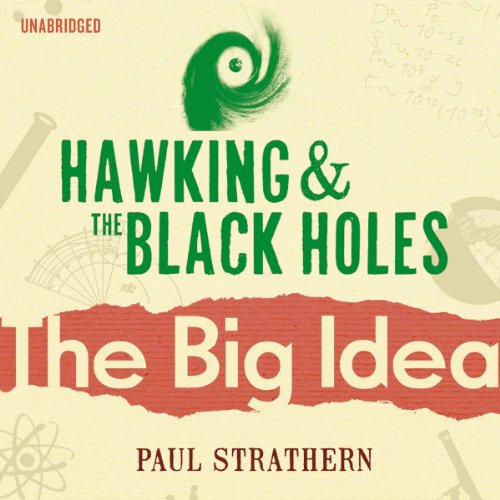 Hawking and the Black Holes: The Big Idea

At a moment of great discovery, one Big Idea can change the world...Black holes have long been a topic of fascination, from pop culture to science fiction. Stephen Hawking's discoveries and research on black holes and cosmology have made him an academic celebrity and perhaps the best-known scientist of our time. His book, A Brief History of Time, was a record-breaking, worldwide best seller and his Big Ideas have changed the way we view the world and the universe, forever.

Hawking & Black Holes tells the incredible story of Hawking's early life in which he created his own complicated board games, to his being diagnosed with AML, and his subsequent brilliant research into black holes and the cosmos. Hawking's Big Idea is presented in an accessible and engrossing way, providing an explanation of the meaning and importance of his discoveries, and the way his work has changed and influenced our lives today.

The Big Idea series is a fascinating look at the greatest advances in our scientific history, and at the men and women who made these fundamental breakthroughs.

What listeners say about Hawking and the Black Holes: The Big Idea