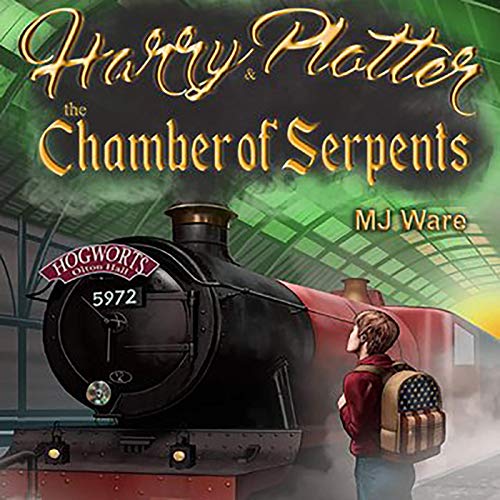 Harry Plotter and the Chamber of Serpents

Austen comes to England knowing that as an American he'll stick out at his new school. But when an errant owl lands him at Hogwarts, he's in for more than he expected.

And as if it’s not hard enough being the only American at Hogwarts, Austen’s sorted into the most despised of all the houses. Then bumbling around the dungeon while trying to find his common room, he unwittingly helps the monster from the Chamber of Serpents. Will he discover the secret of the chamber before he becomes another victim of He-who-must-not-be-named?

What listeners say about Harry Plotter and the Chamber of Serpents

This was a good book don't take as a Crazy new Harry Potter book but as like a add in and you will enjoy it as much as I did.

I found this gem while scrolling through Audible after receiving my 2nd Covid-19 vaccine shot, and I was not disappointed! It had me laughing out loud through my vaccine recovery period (they do say laughter is the best medicine, after all!) Hilarious fun parody!

I enjoyed this story

It was nice to hear this well worn, familiar story told from a different perspective.

it was a fun fan fiction to listen to! It's not a glamorous novel and isn't meant to be. I really enjoyed it as a parallel story to the Harry Potter and the Chamber of Secrets. I will definitely add this to my re-listen to list.