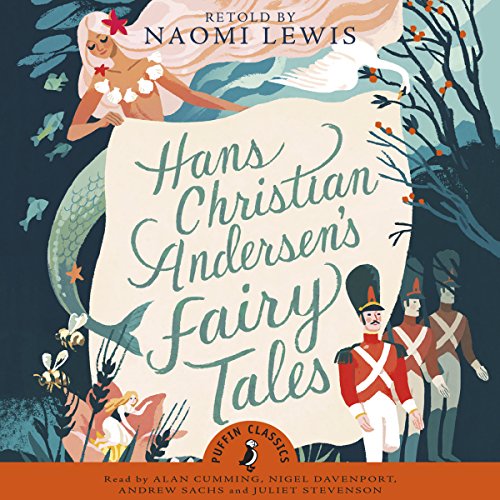 This enchanting collection, retold by writer and critic Naomi Lewis, contains eight of Hans Christian Andersen’s magnificent fairy tales. It includes Thumbelina, a little girl no more than a thumb-joint high, The Emperor’s New Clothes, the tale of a man who cares only for his appearance and The Little Mermaid, who longs to one day marry a human prince.

Hans Christian Andersen was born in Odense, Denmark, in 1805. At the age of 14 he went to Copenhagen to become an actor. He failed and instead went back to school, where he was very unhappy. He published his first book, an account of a walking trip, in 1829. From then on he wrote many books, finding his true voice in his original fairy stories, which often had their basis in his life. He died in 1875.

Not your average fairytale!

Funny, fairy tales are always thought of as sweetness and light-these aren't! I wouldn't share these with a 3 year old! Pride, greed, murder...but excellent ways to teach morals. Wonderfully told too. Thoroughly enjoyable!

Buy the CD Instead

Nothing wrong with the stories but the book is downloaded as a singe 3-hour track. Even when burned to CD the tracks don't correspond with the stories so you cant't jump to the story you want. A waste of time.

Does not contain the 12 stories

This only contains 7 of the stories not the 12 as described. Disappointing as I wanted the 12 stories.

I love fairy tales, and these are beautifully read by all of the narrators. Hans Christian Andersen's tales are often sad and/or quite dark, and this collection includes a both upbeat and tragic stories.

The narrating was great! The stories had there happy parts and with some a touch of sadness. I expected it to be great and it's more than great!!

First audible book I have listened to and finished. LOVED it! Definitely recommend listening to this book and others. I have already started another book.

The narrator was far and away the best thing about this book. The grimm nature of some of the stories would be best suited for a mature 3rd grader to possibly 6th grade student.

Clearness, perfect diction, and well reined accent made it easy for children to understand.