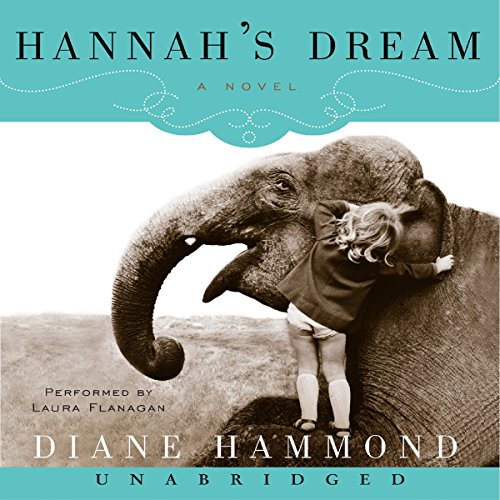 An elephant never forgets... but can she dream?

For 41 years, Samson Brown has been caring for Hannah, the lone elephant at the down-at-the-heels Max L. Biedelman Zoo. Having vowed not to retire until an equally loving and devoted caretaker is found to replace him, Sam rejoices when smart, compassionate Neva Wilson is hired as the new elephant keeper. But Neva quickly discovers what Sam already knows: that despite their loving care, Hannah is isolated from other elephants and her feet are nearly ruined from standing on hard concrete all day.

Using her contacts in the zookeeping world, Neva and Sam hatch a plan to send Hannah to an elephant sanctuary - just as the zoo's angry, unhappy director launches an aggressive revitalization campaign that spotlights Hannah as the star attraction, inextricably tying Hannah's future to the fate of the Max L. Biedelman Zoo.

A charming, poignant, and captivating novel certain to enthrall readers of Water for Elephants, Diane Hammond's Hannah's Dream is a beautifully told tale rich in heart, humor, and intelligence.

What listeners say about Hannah's Dream

Hannah's Dream is a sweet book about Hannah the elephant, Sam her caretaker and a host of other, mostly well-developed, characters. Hannah is an aging elephant cared for by an aging man and their interactions and connections are touching, though predictable.

The audio version of this book is excellently narrated, adding to the enjoyment of the book.

Cute story, but way too long.

This is a cute story, but the book is way too long and goes into details about non-consequential events and people. Just page filler. The narrator did an okay job, but she tended to make some people talk way too slowly, making them sound almost borderline abnormal. Can't say I'd recommend either the book or the narrator. A couple of times I thought of not finishing it. The ending was a bit of a let down after listening for so long.... I think you can easily skip this one.

Couldn't put it down and the narration was excellent. Very touching story that came to life as I read it.