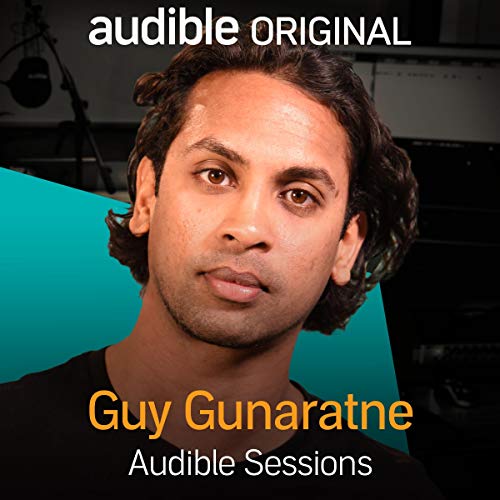 Guy Gunaratne, award-winning designer, documentary filmmaker, video journalist, and cofounder of CODOC and Storygami, talks to us about the release of their debut audiobook, In Our Mad and Furious City.

Singled out by the Guardian as one of its Fresh Voices: 50 Writers to Read Now, Guy’s blistering first novel opens a window into the lives of three young boys living on a London housing estate and riding the current wave of radicalism, terrorism and social division.

In this exclusive interview, we talk to Guy about the inspiration behind their incredible story, Ben Bailey Smith’s narration of the audiobook and how their varied career so far influenced the writing of the book.

What listeners say about Guy Gunaratne