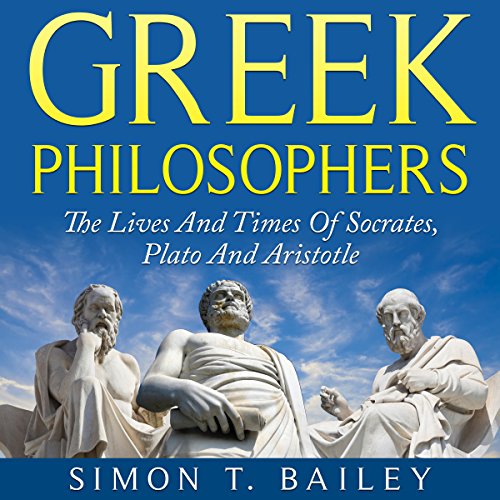 Greek Philosophers: The Lives and Times Of Socrates, Plato and Aristotle

The philosophers were part of some crazy world events as well. The Peloponnesian War, the Macedonian takeover, the 30 tyrants who thought they could wipe out Athenian democracy...it's all there.

Truth be told, there's not a lot of testimony out there detailing what their lives were like. Historians of those days were more concerned with documenting the perpetual civil wars, and the philosophers' students were more concerned with recording their teachers' ideas. However, this book by Simon T. Bailey, entitled Greek Philosophers: The Lives and Times of Socrates, Plato and Aristotle, is a look into what it might have been like for Socrates, Plato, and Aristotle to live in Athens in the fourth and fifth centuries BCE.

If you're looking for a dry, professorial work full of archaeological evidence, then this book isn't going to be your cup of tea, but if you're looking for a partially fictionalized rendition of the philosophers' lives and thoughts that seeks to humanize those marble statues or for something to wet your palate and get you excited about ancient Greek history and philosophy, then this book is your boon.

What listeners say about Greek Philosophers: The Lives and Times Of Socrates, Plato and Aristotle

Good listen! Not sure if it is historically accurate but it seems to give a good overview of their lives.