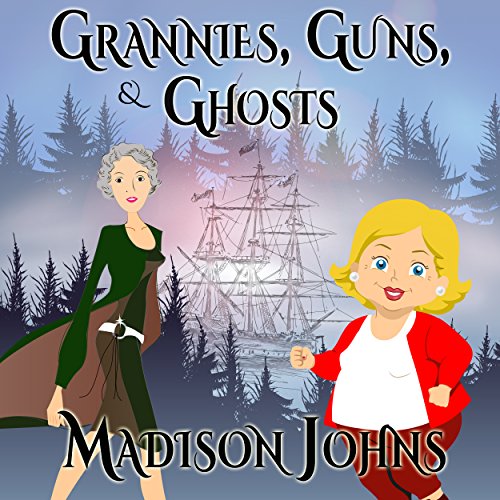 By: Madison Johns
Narrated by: Toni Orans
Try for £0.00

Senior snoop, Agnes Barton, has taken up residence in a Winnebago at a campground in East Tawas, Michigan. It's not the ideal place for a woman of 72 to live, but she's making do. She had planned to start a detective agency with partner in crime, Eleanor Mason, but a snag with the license has them free-wheeling it, not that it matters because they are the ones folks call when dead bodies turn up. A frantic phone call has Agnes and Eleanor racing to the scene of yet another crime scene. Herman Butler has fallen to his death from a third story window, and the widow, Betty Lou, is besides herself with either grief or competing for the Oscars, and it's up to Agnes and Eleanor to unravel the mystery, which gets more interesting when a ghost is listed as a possible suspect. This time around, Agnes and Sheriff Peterson can agree, the widow is nuts, but wait, a few days later the ghost ship, Erie Board of Trades, was spotted off the shores of Lake Huron. Ghost hunters, G.A.S.P., hightail it into town, and East Tawas is overrun with ghost sightings. Agnes and Eleanor must sort fact from fantasy before another body is found or a curse is realized.

What listeners say about Grannies, Guns and Ghosts

good read with humor and mystery.

loved over to soon cant wait to read more from this series to see what awaits the snoops next.

She makes no difference to the urge to ask questions. And these delightful ladies take the cake. Thank you.

The story is cute. It’s an easy read. The villain is not evident until you start getting to the last three chapters. And even then you’re not quite sure which person is the villain. The narration is been well. However a couple of the voices are irritating. Mostly though, the tone, volume, and breed of the voice and aeration are pleasant.

Yes, this series has turned out to be funny , light hearted and encouraging

WONDERFUL! I started to read this book for free on iBook and was super excited to see it on Audible. The 1st book in the series was narrated by some horrible reading sounded very low budget