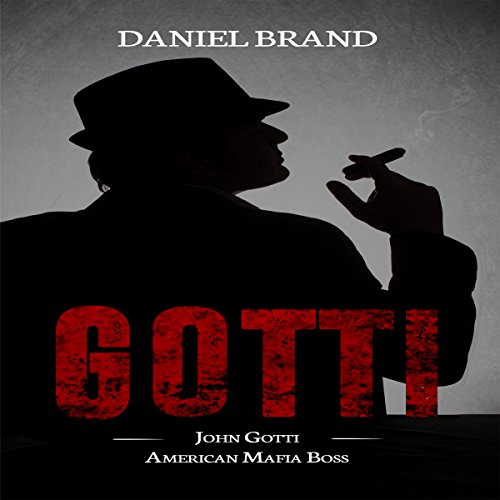 John Gotti was the epitome of the American Dream. He was born to a lower-class family in 1940 and work his way literally up from nothing. From a family existing solely on a day-laborer’s salary, Gotti ended up making an estimated $15 million per year in his prime. Of course, to get there he had to rob, cheat and murder his way to the top, at one point carrying out the first unauthorized Mafia boss hit in more than 30 years. Along the way he also ended up doing more harm to his Family and his way of life than any outside force ever has. If you are interested in learning more then, Gotti: John Gotti American Mafia Boss is the book you have been waiting for.

Inside you will learn about the long and bloody road that led to Gotti ascending to the head of the most powerful organized crime family in the underworld, and how he brought the world along for the ride with his flamboyant personality and obsession with his public persona. Crowned both the Dapper and the Teflon Don, Gotti brought a public face to the Mafia like no other boss ever had before him, or since.

He was known as the Dapper Don for his commitment to style and his obsession with being in the limelight, completing ignoring the fact that he was the head of a powerful and illegal organization. This also directly lead to him being known as the Teflon Don because he was charged with numerous serious crimes, including murder and racketeering before walking away from the charges a free man.

You will also learn the story of the three-year-long investigation that ultimately brought him down and how the effects of that trial are still being felt in the American Mafia today. While he was alive, John Gotti was a larger than life personality that couldn’t easily be disregarded, and his legacy is one that is so far reaching its effects still aren’t entirely known. So, what are you waiting for, buy this book today and learn about one of

Did the narrator pretend to be illiterate for effect, or does he really read on a 2nd grade level?

perhaps the narrator should learn how to pronounce the names of the people in the book. also, you don't need to imitate a gangster's voice pathology to narrate a gangster's story.

Just what i needed!!

Good good, lots of inside info!!!