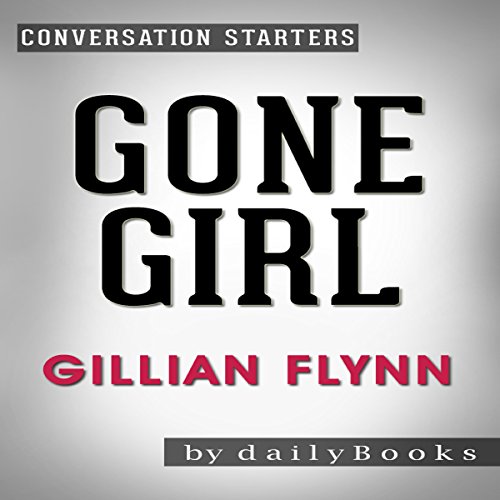 Please note: This is a summary and analysis of Gone Girl, not the original book.

Gone Girl, the novel from Gillian Flynn, tells a story of lies, manipulation, and revenge. The story follows Nick and Amy, a couple who are about to celebrate their fifth wedding anniversary. The pair falls on hard times when they both lose their jobs. They must move from their home in New York City to Nick's hometown of North Carthage, Missouri to live with his mother. Suddenly, on the morning of their fifth wedding anniversary, Amy mysteriously disappears. Nick becomes the number one suspect in her disappearance. However, everything is not what it seems. We quickly realize that every story has two sides, including this one. Now, Nick must find a way to clear his name and find out what truly happened to his wife.

Gone Girl by Gillian Flynn was highly praised by The New York Times, Publishers Weekly, People Magazine, and many other publications. The book was adapted into a film of the same title, which was released in October of 2014.

Every good book contains a world far deeper than the surface of its words. The characters and their world come alive, and the characters and its world still live on. Conversation Starters is peppered with questions designed to bring us beneath the surface and invite us into the world that lives on.

These questions can be used to:

Disclaimer: This book you are about to enjoy is an independent resource to supplement the original book, enhancing your experience. If you have not yet purchased a copy of the original book, please do before purchasing this unofficial Conversation Starter.

What listeners say about Gone Girl: A Novel by Gillian Flynn | Conversation Starters