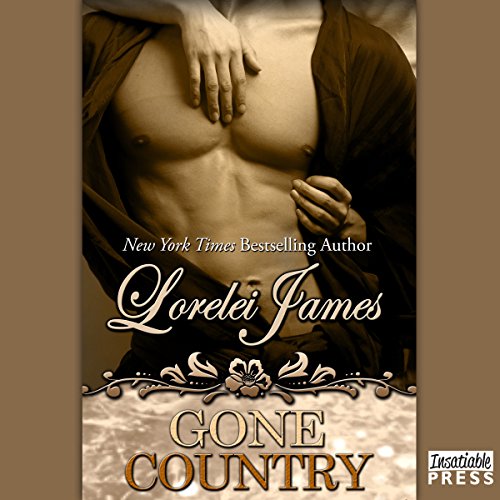 By: Lorelei James
Narrated by: Rebecca Estrella
Try for £0.00

She’s a little bit country, and he’s…not. Rough Riders, Book 14. Arizona businessman and long-lost McKay love child Gavin Daniels has been awarded sole custody of his teenage daughter Sierra for one year. In order to steer Sierra back on track after a brush with the law, he pulls up stakes and heads to Wyoming, looking for support from his ranching family - even if he isn’t sure where they fit in the McKay dynamic. He’s prepared for every contingency with the move: the less-than-enthusiastic response from his daughter, learning to run his corporation remotely, but he’s thrown for a loop when his new housemate, Rielle, is a whole lot sexier, funnier and sassier than he remembered.

Rielle Wetzler has finally overcome the stigma of having hippie parents and being a young single mother. In the two years since she sold her ailing B&B to Gavin Daniels, she’s become financially stable running the homespun businesses she loves. But now Gavin is in Sundance to claim the house that’s rightfully his. Although Rielle knew this day would come, she isn’t prepared to leave the home she built for herself and her now-grown daughter. And to further complicate matters, her long-dormant libido is definitely not ready to live with this newly buff Gavin - who isn’t a cowboy, but has the take-charge attitude to prove he’s all McKay. Sharing a roof, their troubles and their triumphs is too much temptation, and before long, Gavin and Rielle are sharing a bed. But sharing their hearts and lives forever? That’s a whole ’nother ball of wax.

Warning: Contains a feisty, independent heroine who doesn’t need a man to take care of her needs outside the bedroom and a sweet, sexy and bossy hero who’s up to the challenge of proving her wrong

What listeners say about Gone Country

Spoiler: Nice learning back history about the McKay/West family. Love these books, can't wait to listen to more. Really want to know what's in the future for Boone and Sierra.

Another hit from Lorelie! Love the Rough Riders series and this one was another awesome story! Love how she addresses every day struggles I can relate to. Can't wait to listen to the next book.

This was one of my favorites from this series. Made me cry. Laugh. And really want more about what happens when Boone gets out of the Army. I still wish Ms Estrella made it easier to distinguish one character from another. But overall a great listen.

Gone Country was like a refreshing reminder of why I've grown to love, love, love this series and Lorelei James! When I saw that this was a 15-hour listen, I couldn't imagine what was in store for me. I was pleasantly surprised and drawn in completely by the newest members of the Mckay clan, Gavin and his daughter Sierra. The sub-plots, and history of this intriguing family that were layered into the story, made this installment much more interesting and endearing than some of the other storylines. I would love to see the series continue with a few more spin off books--there's tons of characters and relations that would make for an interesting listen. I hope there are future McKay romances on the horizon. All the better for us hopeless romantics! I highly recommend this series.

Story was good but...

Would you try another book from Lorelei James and/or Rebecca Estrella?

I thought the story was good, would even be awesome to me, but had to struggle to get through because the narrator for very boring, nasal and her voice was monotone. No emotion, could have made her voice more animated I personally had to constantly determine which character was speaking. I would buy the other stories the author wrote if she has someone other than Rebecca Estrella narrating.

She was very boring. I almost returned the book.

I absolutely loved chapter 40 when Gavin and Vi talked...I had tears in my eyes! scratch that I was really crying.
Oh and the hot sexy scenes makes me want to move to Wyoming and find me a McKay.
I can't wait until the next book in series.
For adult ears only!

I started this book a couple of times. I'm about halfway thru and enjoying the story. However, the narrator is terrible. No emotion, drab, all voices sound the same. I decided to check out the library ebook.

At first I thought Gavin Daniels McKay might be one of the good guys: a mature man who treats women with respect and kindness, especially since he has a teenage daughter. Unfortunately not.

When Gavin meets Rielle, a smart single woman, he starts out romantic but quickly becomes violent & overbearing. Rielle allows Gavin to be a domineering asshole because she falls in love and becomes a pathetic doormat.

Real men don't want to hurt and control women; self respecting women demand to be treated as intelligent & equal partners, not sexual objects. I wonder how Gavin would feel if Sierra picked a man who humiliated and degraded her for kicks.