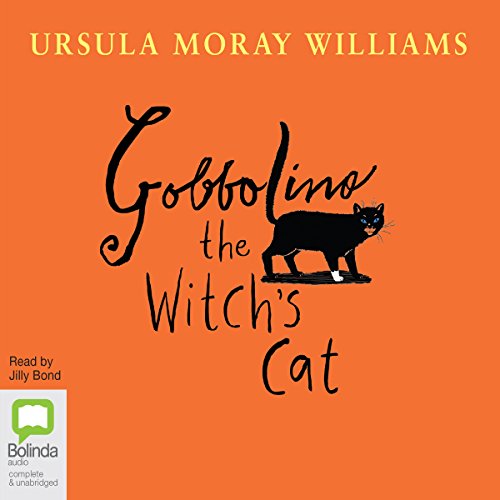 By: Ursula Moray Williams
Narrated by: Jilly Bond
Try for £0.00

First published in the 1940s, the story of Gobbolino, the witch's cat with one white paw and bright blue eyes, has been delighting generations of children.

Gobbolino is the charming tale of a witch's cat who would rather be a kitchen cat. Gobbolino has one white paw and blue eyes and isn't wicked at all, so his mother doesn't like him.

He escapes to look for a kitchen home but is distrusted everywhere he goes and blamed for mysterious happenings, such as the farmer's milk turning sour and the orphanage children's gruel turning into chocolate. After many such adventures, Gobbolino finally finds the home of his dreams.

What listeners say about Gobbolino the Witch's Cat

The children loved hearing the adventures of Gobbolino - it entertained them for hours on long car journeys. I found the narrator a little shrill though especially when doing the cat's voices which became a bit grating.

This was so good

reminds of my childhood day a beautiful story of gobalino the witches cat. a good story