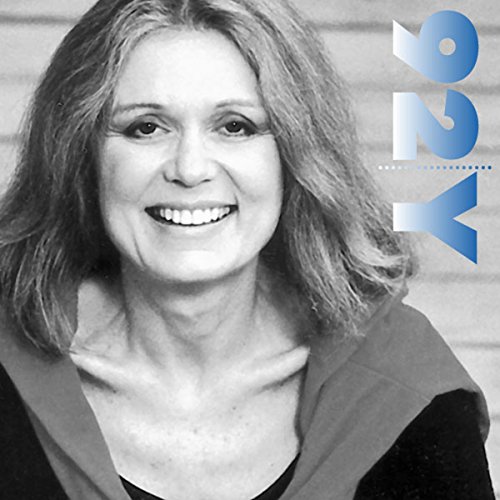 Gloria Steinem with Marie Wilson at the 92nd Street Y

By: Gloria Steinem
Narrated by: Marie Wilson
Try for £0.00

Ex-bunny at the New York Playboy Club, founder of Ms. magazine, and longtime journalist and author, Gloria Steinem has exerted as profound an influence on women’s rights as anyone since Betty Friedan. Steinem’s journalistic career began in the early 1960s and flowered during the civil rights and women’s movement. Loved and hated, she is an American force.

In this presentation of an interview, recorded in 2008 at New York’s 92nd Street Y, Marie Wilson, executive director of The White House project, which seeks to increase the number of women in leadership posts, speaks with Steinem about the evolution of women in all spheres of American life, particularly focusing on the 2008 presidential primary. Particularly fascinating is Steinem’s vision on the misuses of public power.

Marie Wilson talks to activist and writer Gloria Steinem about women and leadership, the current political climate, and the presidential election's engagement of women's issues. Wilson is executive director of The White House Project, an organization that seeks to advance women's leadership in all communities and sectors, by filling the leadership pipeline with a richly diverse and critical mass of women. Steinem cofounded the Women's Media Center, New York Magazine and Ms. magazine, where she serves as a consulting editor. She is the author of the best sellers Revolution from Within: A Book of Self-Esteem, Outrageous Acts and Everyday Rebellions and Moving Beyond Words.
©2008 92nd Street Y (P)2008 92nd Street Y
Gender Studies
Show More Show Less

Thanks for offering this and other conversations on Audible. The one with Gloria, Alice Walker,.and Wilma Mankiller is excellent as well.