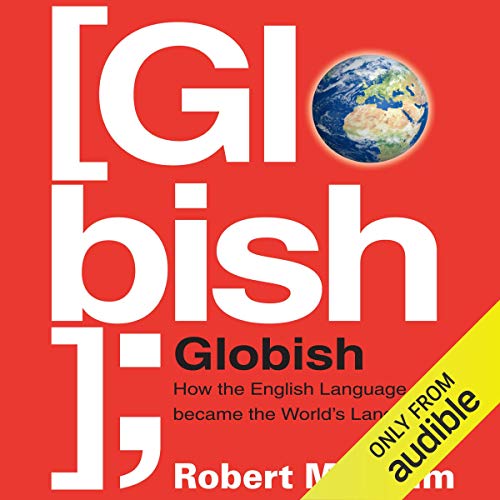 By: Robert McCrum
Narrated by: Simon Shepherd
Try for £0.00

What were the beginnings of the English language? Why has American culture spread so successfully and will it continue to do so even as the country’s power apparently wanes? Why are the West Indies no longer any good at cricket? What difference did slavery make to the way we speak English today?

Packed with nuggets of information about language, culture, history and power, Robert McCrum traces the way that the English language as twisted and turned in response to the way the world has changed, and how, even as the British Empire is long dead, the language extends its influence further and further in a globalised world.

What listeners say about Globish

Really enjoyed this Audible book. Interesting depth of detail that provides a vast array of exemplification of the growth of Globish and its modern day context and influence. Really excellent!

This book gives an excellent overview of the history of the English language that's become the second language of many people around the globe and offers them the opportunity to communicate in a language that's not their mother tongue. Very interesting and informative!! Just a little slowly read, so I put the speed up to 130%.

A really well read book. It was such an interesting journey of communication. Quite enlightening too.

This book is an interesting listen, but there is a lot of padding. I couldn't figure out for instance how the Gettysburg address ( quoted in full) contributed to English becoming the world's favourite language. You also get a potted history of Britain, only some of which seems relevant to the books premise.

That was a good book

Listening to this book was such a pleasure! The writer told the obvious but yet beautifully as he told the story for how English became dominant in the world with the help of different factors such as globalization.

This book is linguistically, economically, historically rich as it talks the reader to from a field of knowledge to another in a beautiful attempt to retell the story of English language.