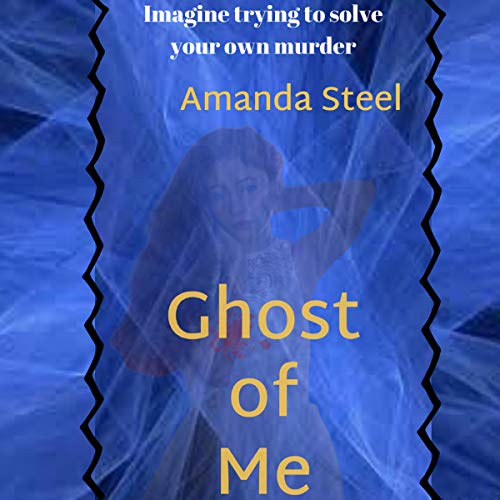 Imagine getting the chance to solve your own murder. For Sarah, the prospect becomes a reality after finding her dead body in the morgue and deciding that the injuries sustained indicate she was murdered.

She won’t let being a ghost stop her from tracking down the murderer and stopping him from killing again. However, she’ll need help from someone living. She finds that help in the form of Steve, a near recluse who sees ghosts and isn’t thrilled at the idea of Sarah appearing in his house whenever she feels like it.

Can they work together and save lives, or will more women have to die?

What listeners say about Ghost of Me

Ghost story with a twist

This was a very different ghost story than normal ghost stories out there but I really enjoyed it. I liked the unusual story line and the way it unfolds and the fact that it had a number of twist that you don't see coming. Most of the story is told by the ghost as she tries to find her killer and makes amends for any wrongs she did in her life, which was cleverly done and with just the start of the book told by the killer. I did think for someone who was so in love with her finance she was very quick and determined that he was the killer (no spoilers alerts, I am not going to say if he was or not the killer) but other than that I liked it. The characters grow on you and I hope there is another book in the works because I would like to see what happens next.
Sarah wakes up dead well okay ghost don't sleep so she doesn't really wake up dead but she does suddenly find herself standing over her dead body, with no memory of how she got there. Now she has got a choice to make go up, down or find her killer. She chooses to find her killer which proves to be a llittle bit problematic when you are a ghost. None of her family can sense her, let alone hear her. In fact only person seems to be able to do that, is a reclusive neighbour called Steve. But the news isn't good, Sarah was the killers first victim and he goes on to kill many more young woman. Can the pair work out how the killer is choosing his victims and more importantly who he is? But then what the police aren't going to listen to a crazy man or a ghost? If only there was someway to leave evidence for them to follow. Simple right?
The narrator was clearly spoken and took breathy pauses to build up the suspense, so I did speed up the listening speed a bit.
I was given this free review copy audiobook at my request and have voluntarily left this review.