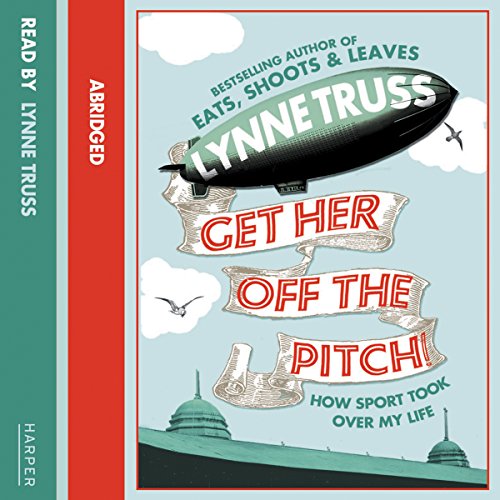 From the best-selling author of Eats, Shoots and Leaves, a hilarious new book from Lynne Truss about her strange journey through the world of sport and sports journalism.

During her time at the newspaper she faced disdain from fellow sports writers; undertook last-minute, pre-fight research into 'The Rumble in the Jungle' (Muhammad Ali won, surprisingly); tried unsuccessfully to interpret bizarre commentary and memorize results statistics; wept at football matches and discovered a lasting love for golf. She was even nominated for Sports Writer of the Year.

Get Her Off the Pitch! is the hilarious, perceptive and at times moving account of those four strange years. It is perfect for those for whom sport is a matter of life and death, for those who have no idea what all the fuss is about - and for everyone in between.

What listeners say about Get Her Off the Pitch!