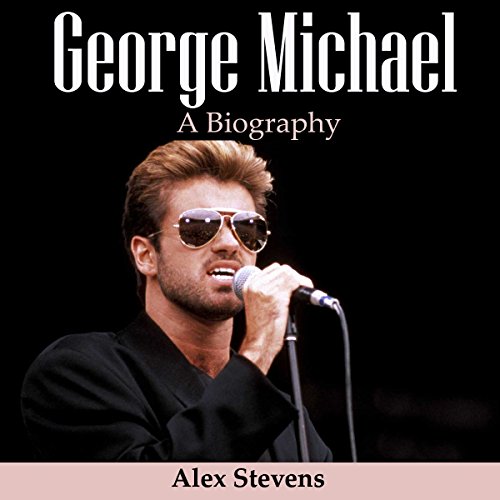 By: Alex Stevens
Narrated by: Christopher Preece
Try for £0.00

George Michael was an English singer, songwriter, and record producer who rose to fame as a member of the music duo Wham! He was best known in the 1980s and 1990s with his style of post-disco dance-pop, with best-selling songs such as "Last Christmas" and "Wake Me Up Before You Go-Go". Michael sold more than 100 million records worldwide. His 1987 debut solo album, Faith, sold more than 20 million copies worldwide. Michael garnered seven number one singles in the UK and eight number one hits on the Billboard Hot 100 in the US, including "Careless Whisper" and "Freedom! '90". He ranks among the best-selling British acts of all time, with Billboard magazine ranking him the 40th most successful artist to ever live.

What listeners say about George Michael

Waste of a Credit

This book is very short. In fact it is so short it shouldn’t be called a book!

Would recommend biography by Sean Smith instead.

I have always loved George Michael and so I knew I would enjoy this after I saw it. This biography did not disappoint! I learned so much more about this legend, his success, but also his struggles. Even as a super fan there was a lot I did not know, highly recommend this to anyone who is a fan.

George michael was a great man with a fantastic musical gift. This is a boring story that reads through bland facts in a bland way by a bland story teller. Not recommended .

I should have paid attention...

This "book" is half an hour long!! I blame myself for not paying attention and seeing this ahead of time... I absolutely adore George Michael and was so disappointed that this Biography was nothing more than a list of facts that anyone could learn from a quick look on Wikipedia...