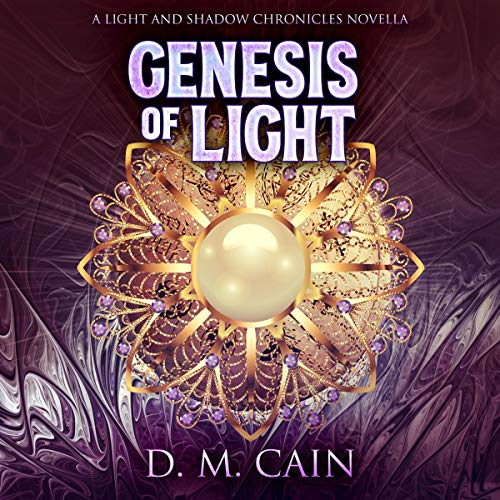 Warring countries, fantastical creatures, beings of terrible power, and journeys of epic scale. The legendary Book of Alcherys tells wild and unimaginable stories. But they are not mere fairy tales. They are true, every word.

Callista Nienna is strong and independent, but nothing could have prepared her for civilization being brought to a violent end. Now, she is forced to stay alive in a desolate wilderness with only her closest friend for support.

She has two choices: give up and die with the wilting world around her, or seize her destiny and make it to the only sanctuary left unscathed. At the end of her journey, something awaits Callista. Something both terrifying and unbelievable.

What listeners say about Genesis of Light

I loved this audio book. I highly recommend. Great characters and brilliant storyline. Narrator is awesome too. ❤️🥰

Another stunning story from DM Cain! Truly love these stories, and I enjoy the way the narrators define the voices of each character, especially the narrator of this very book. She's great!

This is the first book by D.M. Cain I have East, but I’m looking forward to more. Good pace to the story. Family friendly and exciting. I LOVED the narrator. I will be looking forward to hearing more of her work! She added just the right amount of emotion to each of characters. Her voice easily transported me into the authors world.