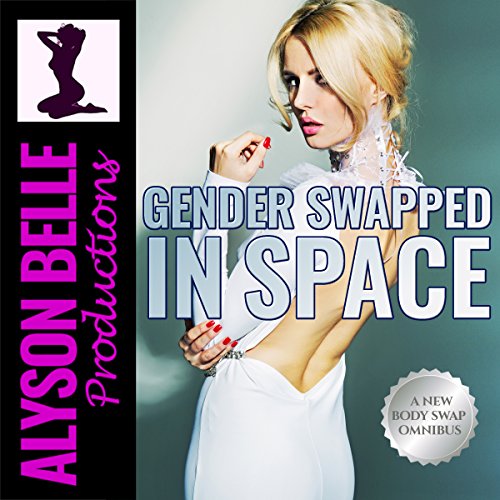 Captain James T. Mitchell and his co-captain, Lana King, made one of the bravest sacrifices in human history when they volunteered to have their brains scanned and bodies frozen by the US Human Preservation Service. In the event that mankind was ever in danger of extinction, they would be unfrozen to carry out their sacred mission: restarting the human race!

Now, thousands of years in the future, James is awoken from cryo-sleep by a strange alien species to discover that humankind is long dead, and the aliens are encouraging him and Lana to do exactly what they swore to. There’s just one problem: James and Lana have awoken in the wrong bodies! Lana is determined to carry out their mission as planned, but James never expected that he’d be the one to have to do the woman's job. It all seemed easier when Lana was taking care of that.

Can James adjust to his new life as a woman and carry out the mission he swore to accomplish, or is he going to solve the mystery of how this happened and get back into his old body before Lana manages to talk him into staying the way they are? If James can't find a way out of this, he might just end up being one of Lana's cosmic harem girls and end up as a space babe forever....

Gender Swapped in Space is a novel-length compilation of four previously published consecutive stories in the Science Fiction Gender Swap series: Space Swapped, Preggers in Space, Cosmic Harem, and Space Babe Forever. With hot, gender-swapping action and some very steamy scenes, this audiobook is intended for mature audiences who enjoy FF, MF, and MFF scenes with lots of gender-bending fun.

What listeners say about Gender Swapped in Space

In space, everyone can hear you moan

I had read this story on kindle previously,and am, now reviewing the audio version, for which I received a free download for an honest review from the author. This is definitely not one of the romances Belle has begun to specialize in. It is an interesting adventure, featuring James T. Kirk, er, Mitchell, waking up in the wrong body far in the future.(The last episode of the original Star Trek had Kirk swapped by an irate woman angry at her role as a woman in Starfleet. I wonder if this was any inspiration for the story). The story focuses at first on his adaptation, or lack thereof, to his new body and situation, and provides plenty of sexual episodes and experiences. It soon becomes a thriller as Mitchell explores the true story behind his predicament and his resentment at losing his alpha male status. There really isn't any love story here, as often shows up even in Belle's
earlier works, and the eroticism of the sex scenes, which is considerable and constant, is tinged with the frustration of the main character, who thoroughly enjoys the sex but resents being made helpless by it. It gets progressively darker in tone because of that. The narrator, Rose Lane, does a fair job with Mitchell's role, but some of the other characters, particularly Lana, seemed a bit flat. It also took a little while for the sex scenes to sound energetic, and didn't always convey the helpless ecstasy Mitchell was trapped in, at least not to the extent I've heard in other narration of Belle's work. I do recommend this story, and appreciate the superabundance of sexual content, appropriate for a story about restarting the human race.

Gender Swapped in Space: A Steamy Transformation Science Fiction Omnibus written by Alyson Belle. The narration is provided by Rose Lane. The audiobook is published by Publisher: Alyson Belle Productions.

This was a fun sci-fi transformation story. Two brave officers Captain James T. Mitchell and his co-captain, Lana King of the US Human Preservation Service had their brains scanned and bodies are frozen in case the human race was ever destroyed and they needed to repopulate. They get woke up by aliens but whoops James is in the wrong body. Lana has his and likes it. She knows how to manipulate her old body. This makes for some nice and steamy scenes. The story is really pretty good. The narration is something that may cause some people problems. The subtleness of the sarcasm and the way the narrator seemed to be making this a parody most science fiction plots was funny. I found the performance from Ms. Lane very enjoyable. This is the first time I have heard an audiobook performance from the narrator but I look forward to hearing more of her work. The production quality of this audiobook is also topnotch. I heard no problems during the entire performance. There were not any detectable flaws that I was able to hear during the entire performance. I did not hear any loops, breaks, or buzzing. The production was crisp and clear. Alyson Belle Productions delivered an excellent audiobook production.

Loved the premise and plot

From the start, the premise for this book intrigued me. Humanity is long gone, and the Earth is ashen and desolate. Aliens discover a space station in orbit around the ruined planet. On board, in cryo-sleep and scanned, are volunteers who were positioned there to re-start the human race in the event of some sort of extinction level event, which has now happened. In recreating their bodies, the aliens made an apparent error, and placed the mind and memories of the male and female leads in the wrong bodies.

I don't want to give away too much of the plot, other than to say that there are many twists and turns, and an abundance of hot and steamy sex.

The narration took me some getting used to. My initial reaction was that there were some parts where it seemed she was speaking awfully slowly, and it was bothering me. I wound up listening to the book a 2nd time, and I'm glad I did. On second hearing, there were elements of parody and sarcasm that the narrator was portraying for characters that in retrospect richly deserved them. Overall, I would say the narration was good.

Fans of this genre with a sci-fi bent will greatly enjoy this book. I know I did.

Fun depictions and a mystery. These omnibus longer collections are really great. The end is a bit different, not a bad thing, just different from what is usually expected. I think the story was quite well done.

Overall, this is a good story. The story starts out with focus on the characters coming to terms with their situation. There's some twists that changes the overall tone and adds some intrigue. There are a lot of steamy steamy scenes, there's some terms used that i'm not personally a fan of so it took me out of the story a bit. I was hoping for more out of the story.

Rose Lane did an okay job with narration. Some characters and scenes didn't have the emotion or energy portrayed.

This is the second book I've read by Alyson Belle, and I'm once again impressed by the author's worldbuilding! This is some seriously good scifi wrapped around a very steamy story, which is kind of rare and wonderful to find. There's a subversive undercurrent to what's going on, too, examining gender roles from different angles.

The story here centers on James and Lana, who are two of the last of the human race, awakened by aliens long after earth was destroyed, in the wrong bodies. What follows is, of course, steamy. But it doesn't take itself too seriously, except when it comes to the story--the ever-escalating mystery of just why they were trapped in the wrong bodies, and why things in what's supposed to be a new Eden-like paradise are just...off. The narration on this one is great, too--I honestly don't know how the narrator got through some of these passages without cracking up, and it's all the more wonderful that she played it straight. Overall, a thoroughly enjoyable book! If you love SFF erotica but get frustrated at the lack of good worldbuilding, I'd recommend all of this author's work.

I received a free review copy at my request and happily left this review.