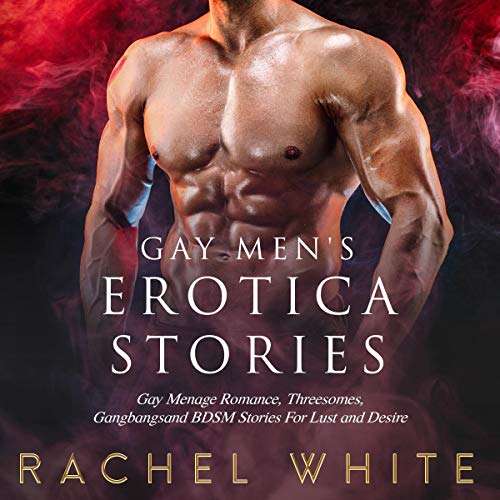 A college student applies for an internship at a fashion magazine, the one he’s been working towards for most of his life, where he bumps into the current intern. Everything seems to be going incredibly well, as he could only have dreamed of, but the other intern seems irrationally jealous of him. Still, he can overlook that because the CEO, a man he could only ever have dreamed of being with, takes an interest in him as a lot more than just a colleague.

Soon, he’s invited to the CEO’s massive house, where he is groomed and prepared. He’s already admitted that he’s willing to do everything and the only thing his new Master has asked of him is that he obeys. How can he resist?

Things only start to make sense when he realizes he’s not the only collared slave in the house and someone else has been sharing the living quarters all along. Naturally, their Master wants his new slaves to get along. When they’re introduced, much like two animals, he has to prove that he can share with the other slave.

In hindsight, it really should have been obvious who the other slave was....

You will not put it down until you finish each story. These are great short stories, perfect for when you need a story. I love this collection of short and sexy stories. The erotica was similar in most of the stories, but the stories were clever and especially with the humor.

Quick, quirky and fun. Draws you in to each story and holds on tight till the end. Hot, Quick and Dirty is a set of 10 entertainingly fun, and sexy shorts you won’t want to miss. There are 10 stories total in this amazing set, and each one stands on its own as a decadent treat, just the right size for a quick bedtime story.

Awesome sex stories of some gay people who have sex with great pleasure. This audible gives true taste of a sex tape!

This audio book is an amazing book if you are looking for a very hot steamy book. Once you start it is very hard to put it down. It was definitely one of my favorite in this genre.

I liked the progression of the storyline of each stories. Very sexy stories gays. Recommended to everyone who is looking for a truly wonderful book.

The way scene were described in the audio book really made you feel as if you were there. Im certain there were moments i was holding my breath while listening. i think the idea of me wishing our first time was like this makes this it's amazing. This was a short stories wrapped in a lot of sexy!

Loved this hot, steamy piece. It starts off at a trot and quickly steps up to a galloping romp that leaves your breathless and disoriented. I was quite taken with this quick intoxicating stories that will leave you panting and gasping.

I love the story lines of each stories that lead to unbelievable encounters its romanticism times 10. This collection of stories has every kind of sex that you can imagine from mild to wild. Has a little bit of almost everything m/f.

This story is amazing! This is one steamy audio book. With lots of hot action. This is a great collection of short hot sexy stories! These stories are filled with hot stories!

the stories are just enough length to get you goin

The stories are just enough length to get you going! I love when they put a bunch of stories together, seriously. I love this audio book. There was all the type of stories I like: forbidden love stories. Men with men are great.

This was the most scrumptiously naughty group of stories! Some involve capture, all involve delicious sexy events. So steamy HOT. There was actually one, CHOICE, that ended so sadly, which is a poignant love story. Highly recommend this book if you like HOT stories of imperfect people.

This is so great, there's something for everyone to enjoy! Highly recommend for anyone of all ages! stories are short, great for those times when you don't have much time. Gay hot stories are really awesome. Each different but all sexy.

I thought that all of the stories were handled well, and one sticks out in my mind as having been terrific! The sexual content of the stories was handled very well. Naughty bedtime story's each with different desires. It was great one.

One of the best collections of erotica short stories I've ever listen! Hot doesn't really do this justice. If you want stories to get you wet and wanting then this book is for you.

Short and stimulating. The story lines were fresh and somewhat original. this sort of short story appeals usually to persons who are looking for a little more raw interest in detailed explanation in my view.