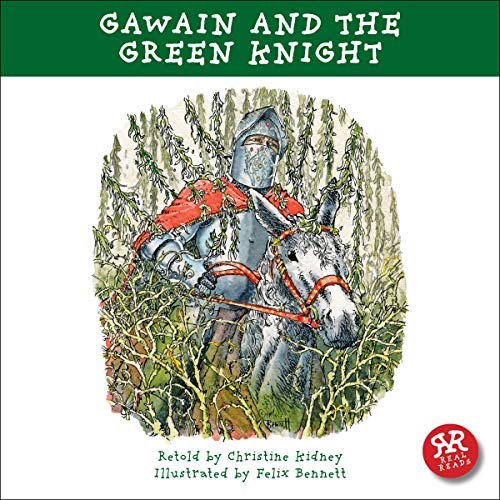 Gawain and the Green Knight

By: Christine Kidney
Narrated by: Robert Penman
Try for £0.00

A green giant throws down a deadly challenge: one of the gathering must cut off his head, after which he will return the favour in a year's time!

King Arthur must accept this challenge or appear a coward, but it's left to young Sir Gawain to act.

Gawain chops off the giant's head and, horror of horrors, the giant strides over to pick up his head, which then begins to speak. He holds Sir Gawain to his promise and rides off into the wintry night.

A year passes and Gawain sets off with terrible dread to find the Green Knight and keep to his side of the bargain. Can he avoid his certain doom?

What listeners say about Gawain and the Green Knight