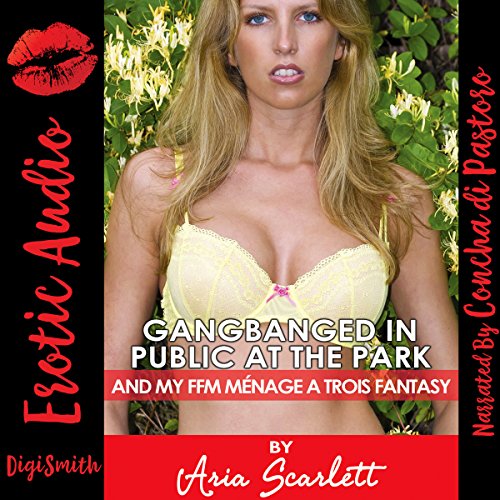 Gangbanged in Public at the Park

By: Aria Scarlett
Narrated by: Concha di Pastoro
Try for £0.00

Here is a preview:

I'd already given up on getting any action so I was pleasantly surprised when a guy jogged up and then stopped a few feet ahead of me and turned around, walking backwards as he smiled at me. "You okay?" he asked. "Need some water?"

I smiled and shook my head. He was attractive. He had sandy blonde hair and eyes that seemed sweet and deep. "I'm not jogging," I said. "I just came to the park looking for fun and someone to have it with."

"What's up, Harry?" The voice came from behind me and I turned to see two other men jogging up. My heart sank. So much for working my magic. Now there was a crowd.

The man who first talked to me smiled and said, "Just talking to a lovely lady who came to the park to have fun."

What listeners say about Gangbanged in Public at the Park