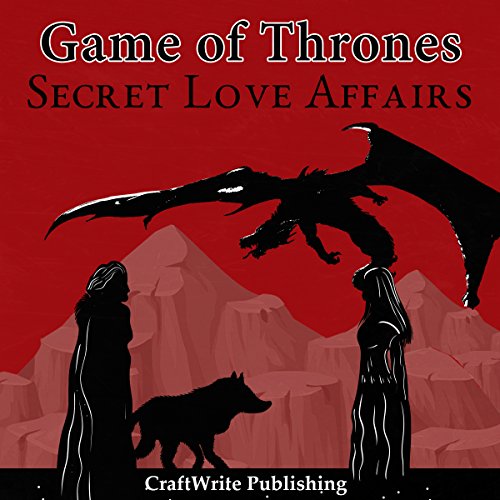 Full of daring theories and fascinating tales from the world of Ice and Fire, Game of Thrones: Secret Love Affairs delves deep into the most riveting stories of covert romances between characters of Westeros, Essos, and beyond. While R+L=J is quickly becoming common knowledge among the fandom and the characters themselves (excluding Jon Snow, who, of course, knows nothing) - that's just scratching the surface of the hidden desires and secret love that have filled up the annals of the Seven Kingdoms. Exploring fan theories, rumors, and hypotheses built on substantial evidence abound on throughout the long history of A Song of Ice and Fire, this book will provide you with a wholly changed perspective on the events that shaped the politics and culture of Westeros and Essos. A perfect gift for fans of the TV show as well as the book series, Game of Thrones: Secret Love Affairs serves as both an introduction and an accompaniment to the existing media. If you want to find out how the World of Ice and Fire came to be or what might happen next, this is the place to start!

What listeners say about Game of Thrones: Secret Love Affairs