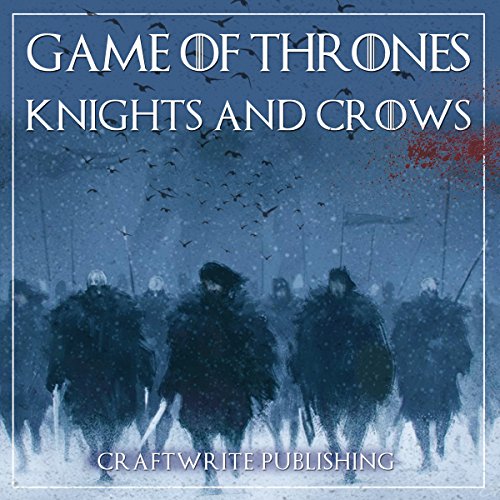 Game of Thrones: A Look at the Knights and Crows

Full of daring theories and fascinating tales from the world of Ice and Fire, Game of Thrones: Knights and Crows is a riveting account of the series' most prominent military orders - the Kingsguard and the Night's Watch. While HBO's blockbuster has omitted many intricacies of taking the black or serving in white, this audiobook will delve deep into the myths and legends, customs, and principles behind the two brotherhoods.

For while they seem like nothing alike on the surface, the story woven by George RR Martin places special emphasis on the similarity between them - both have become rotten, crumbling from the inside out at the time when the Seven Kingdoms needs them most. But how did we get here?

A perfect gift for fans of the TV show as well as the book series, Game of Thrones: Knights and Crows serves as both an introduction and an accompaniment to the existing media. If you want to find out how the World of Ice and Fire came to be or what might happen next, this is the place to be!

What listeners say about Game of Thrones: A Look at the Knights and Crows

the story and recap of the events and history is well done. However, the way he pronounces character names is not consistent with other audio books in the series or the show.

History from show and books

They should have stuck with only history and facts from the books. I noticed one major inaccuracy when they told of Barristan Selmy saving Daenerys from a faceless man when it was actually a Sorrowful man. They also butchered a few names like Gregor calling him George.

I couldn't listen to it all because the narrator was too schmultzy. I can't even read the book because I'll hear his overdone tone in my head