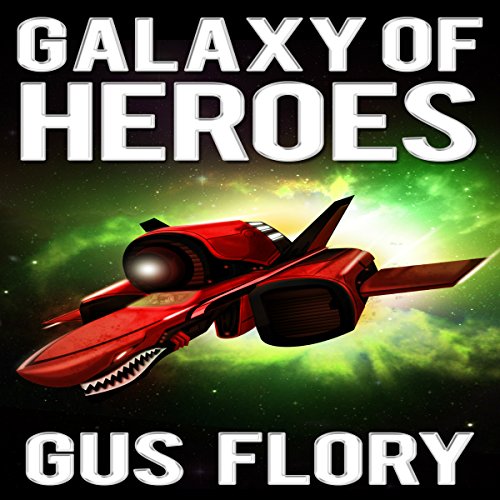 A conspiracy against humanity. A breathtakingly beautiful cyborg. A battle like no other. An adventure you won't forget!

The lives of four space drifters intersect on a planet of hope as the most powerful war machine in the galaxy approaches, threatening to consume them all in a storm of metal and fire.

Capt. Jace Spade is a fighter pilot from the Roga System. He is determined to find his maker - the enigmatic Dr. Zander - even if his search means risking all in the conflagrations of the Inner Galaxy.

Capt. Mina Casey is also a fighter pilot, but from an advanced human civilization that arose in the Heliac System. Capt. Casey has drifted through the void for eons as visions of a warm planet where she can sink her feet in the sand and watch the sunset filled her dreams.

Sgt. Joe Grimes - a Heliac Ranger who once lived for the thrill of the fight - is now disillusioned after the total defeat and destruction of his home world. He would leave all humanity behind if he could only get away.

Genie is a beautiful and indestructible cyborg constructed by a technologically advanced civilization for the purpose of interacting with humans. Genie is programmed to love Joe Grimes, but she longs to be free.

What listeners say about Galaxy of Heroes

Could not finish it.

Just light and lame. Same old cliched new age view crap. At 1 hour and 30 minutes left, I had to quite. Just couldn't go any further. Wish I could sell it back.

Worth The Listen, But Average Scifi

This was an average sci-fi space opera story. It was entertaining enough to hold my attention and I definitely thought it was worth the time, but I didn't think that it was excellent and had some flaws. The book seemed a bit haphazard in the beginning, and it was a little confusing and hard to follow until a few hours in. I also didn't find the characters to be very realistic and they constantly said and did things I found unlikely. The positive is there was a lot of action and sci-fi content. It kept my attention and I was entertained enough to finish. The narration was average. I didn't think it was bad, but I definitely thought that the tempo of the narration didn't flow in some places. However, with a little more practice I think he will definitely be a better narrator. I requested and received a free copy of this audiobook from the author, publisher, or narrator in exchange for an unbiased review. I was NOT required to write a positive review and this reflects my honest opinion of the work.

This is a good story, but it is some times hard to like the main characters

A space opera that takes a mixture of characters, as they fight to stay alive to protect what's left of the human population. This is a good story, but it is some times hard to like the main characters.

Brian Callanan, does a nice job and is easy to listen too.

I was really looking forward to this book. Unfortunately though I had a really hard time with this book. It just was not holding my attention. The synopsis of this book sounded fantastic but it took me well past the 2 hour mark to even really make "sense" of what was going on. It just felt disjointed and did not flow well. This could be my fault though because I had to keep stopping and then coming back to the book. If a book doesn't grab my attention pretty much right away I move onto something else then try again later.

Eventually the story did become interesting and entertaining and was able to keep my attention. It is full of action. Albeit not always wise or sensible action. This is due to some of the things the characters do that are ridiculous at times. The whole galaxy is at war with each other, there is always a fight going on and enemies are everywhere. It is told in 3 parts the first part is about Captain Jace Spade. The second is about Sargent Joe Grimes and the cyborg Genie. The last part is about Captain Mina Casey. The parts tell the background for each of the 4 main characters that are eventually brought together in a fight against the enemy.

Brian Callahan did a really good job with the narration. Nice voice. Easy to listen to for long periods of time. Clearly spoken. Nice even pace. Really good character voices. Even his female character voices were good. His narration was what kept me coming back and trying to finish the story. Very enjoyable.