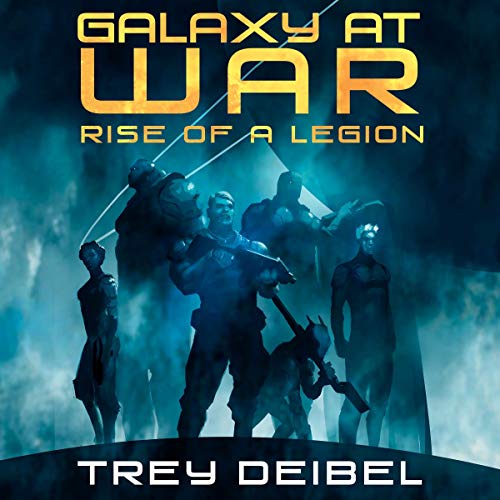 Galaxy at War: Rise of a Legion

Galaxy at War: Rise of a Legion

"A hundred years in the past, there existed a common myth that redheads would no longer exist; a genetic fault that would correct itself over a century. Here we are, a hundred years later, and merely one still exists. The last redhead."

The year is 2111, nine years after an intergalactic war has erupted throughout the Milky Way.

In a galaxy filled with interstellar species, the Alliance of Republic Worlds continues to step in the way of the rising Wersillian Legion, a theocratic alliance determined to colonize other worlds.

James Stone, a soldier with extraordinary gifts, and his unit of five other members must overcome terrible tragedy and near insurmountable odds to combat the superior forces of the Wersillian Legion.

In the midst of battle, James comes across one of the deadliest, most feared individuals the Wersillian Legion has at their disposal: one of the eight Warlords of Virtue.

After struggling with hard personal choices, James takes it upon himself to rid the galaxy of this warlord - a monster that will push James harder than he's ever been pushed.