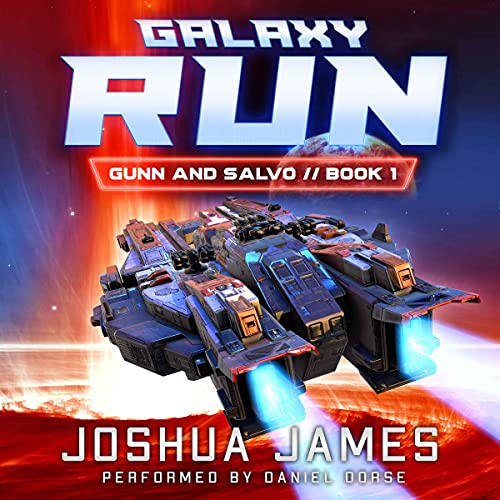 By: Joshua James
Narrated by: Daniel Dorse
Try for £0.00

For deep-space bounty hunters Gunn and Salvo, the rules are simple: Always shoot first. Always get paid. Never get curious.

But when they run down a teenager linked to the catastrophic loss of a space station, everything about the job feels off. They're used to greedy people lying to them. But scared people who should know better? That's new.

So they do the one thing you don't do in their line of work: Ask questions. Before they know it, they have a galaxy-wide bounty on their heads ..and the fate of humanity in their hands.

Galaxy Run is a sci-fi thriller starring a pair of (mostly) honest bounty hunters, a teenager in over her head, and a sadistic enemy hell-bent on destruction.

What listeners say about Galaxy Run

Good storytelling and narration but pretty dark. Don’t read before bed or you’ll have bad dreams.