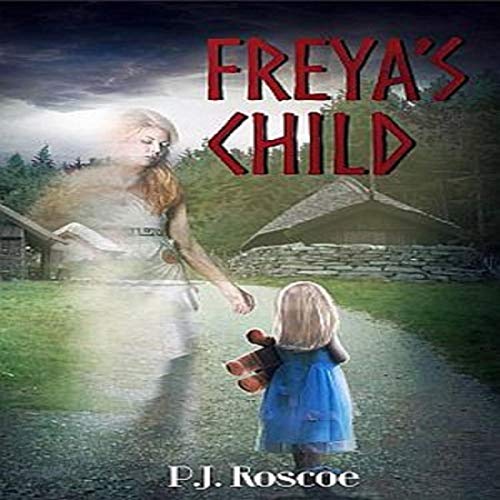 What would a parent do to save their child? Fight the dead? Defy the gods?

Helen Gunn moves to the Wirral, England, an area rich in ancient history, with her estranged husband and their three-year-old daughter Charlotte, in the hope of saving their marriage. When Charlotte starts talking to an imaginary friend and dark shadows threaten the family, Helen must face a parent’s worst nightmare and save her child.

The Viking Einaar brought his family to England to farm the land and live in peace, but when a sickness walks among his people and his child is blamed, Einaar must protect his family from the people he trusted the most; his tribe. Einaar had never questioned the old gods, until now.

An archaeological dig has unearthed a forgotten village.

The gods have awoken.

What listeners say about Freya's Child

Review by ES : Great characterisation. A very enjoyable and interesting story which would appeal to readers who enjoy stories based on historical, paranormal fiction. Well read by the author, P J Roscoe.

Hate that I wasted a credit on this one

While I do believe others might enjoy this book, it just wasn't for me. I never felt a connection with any of the characters. I also felt like there were too many characters to keep up with and too much going on, what with everyone being re-incarnated and having lived past lives (which most of them had memories of). I wouldn't go so far as to say this book is not well written...I just think the subject matter didn't pull me in. In fact, I couldn't even tell you what eventually happened, my mind wandered so much listening to this.