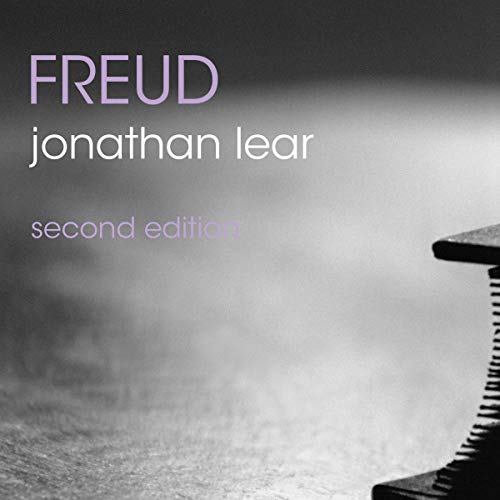 By: Jonathan Lear
Narrated by: Kerry Shale
Try for £0.00

In this fully updated second edition, the author clearly introduces and assesses all of Freud's thought, focusing on those areas of philosophy on which Freud is acknowledged to have had a lasting impact. These include the philosophy of mind, free will and determinism, rationality, the nature of the self and subjectivity, and ethics and religion. He also considers some of the deeper issues and problems Freud engaged with, brilliantly illustrating their philosophical significance: human sexuality, the unconscious, dreams and the theory of transference. The author's approach emphasises the philosophical significance of Freud’s fundamental rule - to say whatever comes to mind without censorship or inhibition. This binds psychoanalysis to the philosophical exploration of self-consciousness and truthfulness as well as opening new paths of inquiry for moral psychology and ethics.

The second edition includes a new introduction and conclusion. The text is revised throughout, including new sections on psychological structure and object relations and on Freud’s critique of religion and morality.

What listeners say about Freud

Performance completely undermined by decision to do Freud quotes in a vaguely xenophobic German accent. Also a number of other bizarre gems such as the ye olde English accent.

This is not just the best book to start with when approaching Freud. It’s simply the best introduction to the philosophy of psychoanalysis on Audible.

Jonathan Lear’s book is a fine starting place for anyone rounding out the core of their liberal arts education.

If you're someone who views therapy through an exclusively cognitive or neurological lens, you'll find this to be a helpful holistic existentialist addition to your understanding of talk therapy. This book isn't really a defense of Freud, it's about exploring the philosophical problems he was interested in that are still open questions today.

I hope this publisher continues to produce the other books in the Routledge Philosohers series (e.g. Hegel, Aristotle, Rorty, Rawls). There is a huge need for content like this. The series sounds great in audio format.

The best overview of Freud’s ideas by a preeminent philosopher and psychoanalyst that is an invaluable resource for scholars and general readers alike.

Merger of philosophy and psychoanalysis

The best book I have read for providing a philosophical foundation for psychoanalysis—and for explaining why philosophy should incorporate it. Uses Aristotle, Williams, and the literature on moral psychology to this end. Also a succinct and powerful illustration of Freud’s ideas, with useful critical insights on transference, religion, and the nature of pleasure and trauma. Will listen again