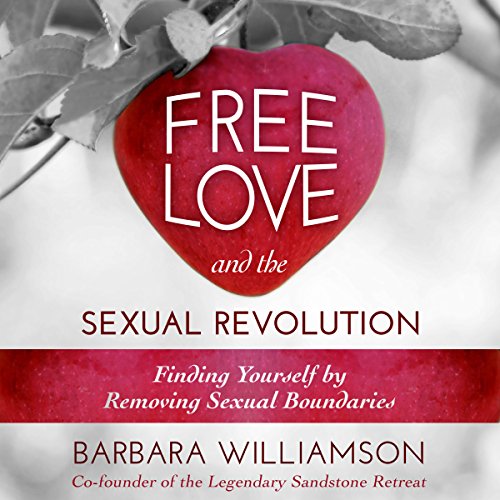 Free Love and the Sexual Revolution: Finding Yourself by Removing Sexual Boundaries

Barbara Williamson, "the most liberated woman in America," shares her life story for the first time in her amazing memoir, Free Love and the Sexual Revolution. Along with her husband, John "the messiah of sex," she founded the highly successful and controversial Sandstone Retreat in Malibu, California, in the late 1960s and early '70s. The couple started what became known as the hub of the sexual revolution.

The clothing-optional, alternate-lifestyle Sandstone Retreat was outrageously popular, with a membership reaching 500 and nearly 8,000 visitors. Long before today's reality television inundated the airwaves with its media personalities, Barbara and John Williamson were the darlings of the media, with newspapers, magazines, books, movies, and television shows clamoring for interviews.

Based on mutual trust and friendship, the bond between John and Barbara grew so strong that they were inseparable for 47 years until his death.

What listeners say about Free Love and the Sexual Revolution: Finding Yourself by Removing Sexual Boundaries

The story of a successful OPEN and loving marriage

I’d never heard of Sandstone before listening to this book. It was an interesting look into the creation and success of the Retreat as well as a great example of how an open marriage can work.

Barbara Williamson’s relationship with her husband is one of honesty, deep love, and respect. Something we should all strive to achieve in our own relationships. They were self aware enough to recognize they’d need more than just each other to fulfil their sexual needs, but knew they wouldn’t want to go through life without one another.

Despite the social taboo they were able to embark on the Sandstone experiment and help other couples navigate the tricky waters of their own relationships.

Hearing about the Williamson’s lives post Sandstone was important because it showed how difficult it is to have an open marriage in mainstream society, and also that they were very compassionate people who dedicated their lives to helping not only people, but also animals.

I felt Harley Reese was the perfect voice for this narration. She was very pleasing to listen to, and captured the tone of the book perfectly.

The story may have been a good one but I could not listen to the narration so gave it up after chapter 2.