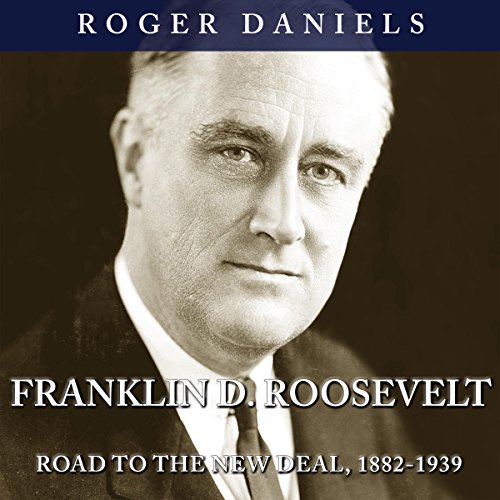 Franklin D. Roosevelt, consensus choice as one of three great presidents, led the American people through the two major crises of modern times. The first volume of an epic two-part biography, Franklin D. Roosevelt: Road to the New Deal, 1882-1939 presents FDR from a privileged Hyde Park childhood through his leadership in the Great Depression to the ominous buildup to global war. Roger Daniels revisits the sources and closely examines Roosevelt's own words and deeds to create a 21st century analysis of how Roosevelt forged the modern presidency.

Daniels's close analysis yields new insights into the expansion of Roosevelt's economic views; FDR's steady mastery of the complexities of federal administrative practices and possibilities; the ways the press and presidential handlers treated questions surrounding his health; and his genius for channeling the lessons learned from an unprecedented collection of scholars and experts into bold political action. Revelatory and nuanced, Franklin D. Roosevelt: Road to the New Deal, 1882-1939 reappraises the rise of a political titan and his impact on the country he remade.

The book is published by University of Illinois Press.

This book is perfectly listenable. If you want a well researched book about FDR from his birth to the war, this book will meet your needs.

Narrator sounds like a YouTube bot! Horrific! 3 chapters was too many. A great story, very badly told.