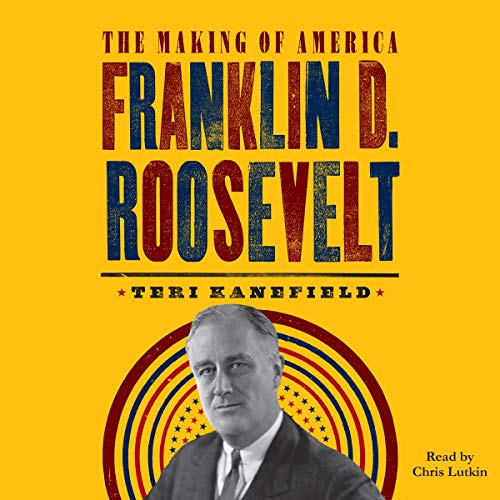 The fifth book in the Making of America series examines the life of America’s 32nd president: his birth into one of America’s elite families, his domineering mother, his marriage to Eleanor Roosevelt, his struggle with polio, and his political career. A Democrat, Franklin D. Roosevelt (1882-1945) won a record four presidential elections and is the longest-serving US president.

During his time in office, he led the country through the Great Depression and World War II. He helped to redefine the role of the US government with the New Deal. Scholars often rate him as one of the three greatest US presidents along with George Washington and Abraham Lincoln.