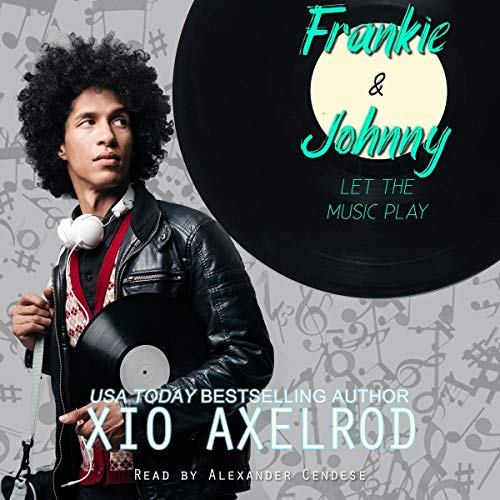 After a messy breakup, Frankie thought he’d never find someone who really got him, especially his unique relationship with music. His ex called it an obsession, but it goes well beyond that. Music is Frankie’s lifeblood, and he’s always struggled to explain it.

Then John Burton crash-landed into Frankie’s world. Attentive, curious, and supportive, he's everything Frankie’s ever wanted.

Frankie doesn’t know what it is about Johnny, but he can’t stay away. Being with him is like listening to his favorite album on repeat. Johnny becomes as much of an addiction as Frankie’s beloved vinyl collection, but their budding relationship proves to be just as fragile.

When things between the pair shift from friendship into something more, Frankie finds himself overwhelmed by emotions he’s never experienced. He worries he’s in over his head, but it doesn’t stop him from taking whatever Johnny is willing to give.

As wonderful as Johnny is, he's clearly hiding something. It’s an errant note in an otherwise perfect melody. The late-night texts and phone calls that Johnny won’t fully explain leave Frankie feeling adrift. Alone in an emotional freefall.

When Frankie discovers a secret from Johnny’s past, it's a record-scratch moment. Can Frankie look past it and continue their duet? Or is he destined to go solo?

Author's note: Let the Music Play picks up after the events in When Frankie Meets Johnny.

What listeners say about Frankie and Johnny: Let the Music Play

There is something very unique about this book, and whilst i’m usually fussy with sequels I very much enjoyed this one.

In this novella, we get to see Frankie and Johnny together and enjoy their relationship, as well as the lessons that come from learning to deal with a difficult past and work together to trust one another.