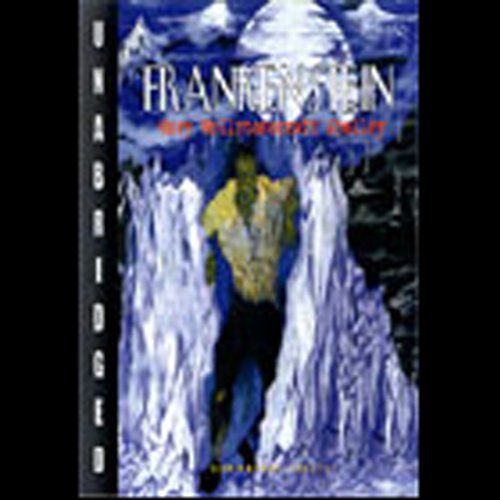 This immortal horror story, which has implications for modern science and genetic engineering, has captured the imagination of countless generations. Commuters Library presents Frankenstein read by Shakespearean actor Ralph Cosham.

The original unabridged version of the book itself is not as discriptive as later versions. I listened to the recording of this particular book and I did not like it. There are a couple of times when the reader repeats lines. Further, there are several points where the same character is speaking, but the readers voice changes. It is very confusing as to who is speaking. I have listened to several adiobooks and I liked this one the least. The actual plot of the book was a great story (but beware there is a lot of vocabulary) but this particular recording was not as professionally produced as others I have heard.

This story suprise me. It is only slightly familiar to any of the movies. I enjoyed learning how the people in the story changed and evolved. The first part is a little slow. Once you get into the story of this young man Frankenstein it becomes very interesting.

I would listen to Ralph Cosham...

... read his shopping lists. He sounds like the Rochester I always imagined in my mind's ear whenever I read Jane Eyre.