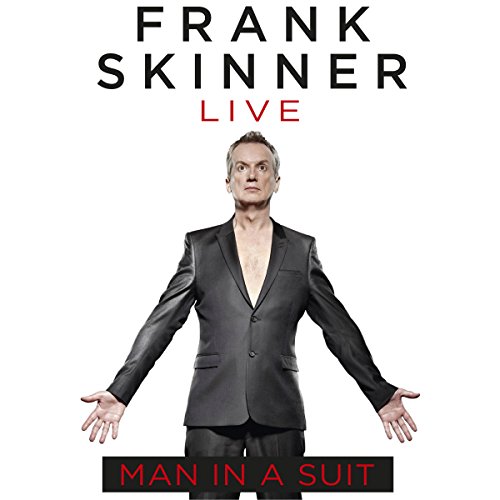 Comedy legend Frank Skinner brings his new live show Man In A Suit to audiobook. Recorded during his 40 night sell-out run at the Leicester Square Theatre and part of his highly anticipated 2014 tour, Frank delivers this critically acclaimed and hilarious show in his usual witty and hugely entertaining style.

What listeners say about Frank Skinner Live - Man in a Suit

Not as good as he used to be

What ever happened to Frank Skinner, remember buying all his stand-up material on vhs in the 90's and seeing him at the Civic Hall in Wolverhampton and he was one of the best comics on the circuit but listening to this I find myself turning it off because it's just not funny.
Using mainly audience participation to fuel the observational comedy just doesn't work and slightly cringe worthy too. Such a shame cos I really loved Frank Skinner earlier in his career but now think I should hang up the Mike....

Dated and a bit pathetic

I enjoy Frank on Room 101, but this stand up is very dated, and he had little material. I can't say I laughed out loud once. shame.

Picked this up as part of “included” section of Audible. Bought and loved his 90s stuff and watched it to death developing the belief this guy was the best stand up around.

Having listened to this show I can confirm he is the best. This is truly a masterclass, honestly just made it a great day to walk around listening to such a ridiculously good show. Off to buy the video version now, this is a keeper.

What's not to love, it's Frank Skinner!

Worth buying, I'm certain I shall revisit this book again and again. Money well spent.