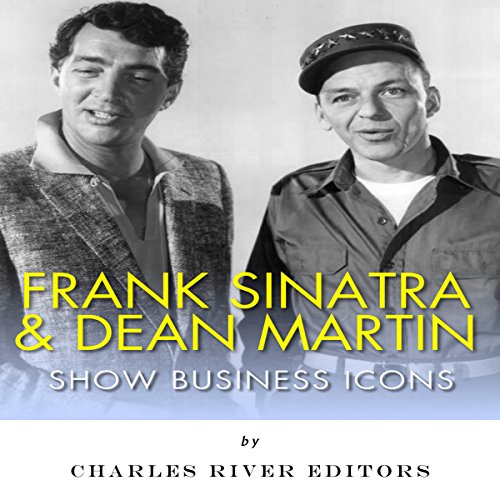 By: Charles River Editors
Narrated by: Allison McKay
Try for £0.00

America has always celebrated its star entertainers, but Frank Sinatra remains a unique American legend. A pop culture fixture for over half a century, Sinatra's music is still cherished, and his persona remains its own archetype of the quintessential American star. Sinatra transcended genres to the extent that his music stands alone as its own kind of American music, with songs like "New York, New York," "Chicago," and "Come Fly With Me" instantly recognizable among all Americans.

Of course there was also the life that went with the music. The cultural identity of the Rat Pack, epitomized in the 1960 film Ocean's Eleven, further contributed to his fame, and everyone knows and appreciates the image of easy living, smooth voice, and exuberant star power that Sinatra represents. If anything Sinatra's ability to make so many people feel happy and good about themselves was one of the main ingredients of his success. And as evidence of the fact that Americans don't mind their stars doing a little dirt, Sinatra's rap sheet and relationship with the mob are practically a celebrated part of his life.

Like Frank Sinatra, Dean Martin is an American legend for his longevity and success across a garden variety of different platforms. Martin began as a nightclub singer, performed in a comedy act, starred in films, recorded hit albums, and capped his career by serving as a television host. In fact there may be no star who was better able to transcend the different avenues of entertainment.

Martin's life and career are often compared to his close friend and contemporary Frank Sinatra and for good reason. Both came from proud Italian families, both were cohorts in the famed Rat Pack in the 1960s, and they each maintained success even late in their careers. However, Sinatra's career was filled with far more ups and downs than Martin, and his public image experienced highs and lows along with it. It's also somewhat ironic that it was Martin who anglicized his name but remained a bigger Italian icon than Sinatra. They each began their careers as Italian crooners, but Martin maintained his style while Sinatra adopted a brasher, more All-American singing method. Martin never strayed far from his humble background, even as he became one of America's biggest stars.

Show Business Icons profiles the life and career of two of America's most famous performers.