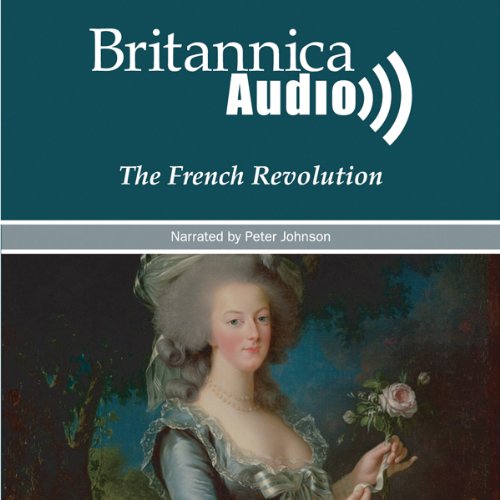 France in the Age of Enlightenment

By: Encyclopaedia Britannica
Narrated by: Peter Johnson
Try for £0.00

The editors of the Encyclopaedia Britannica are pleased to present The French Revolution Series. Here you will learn about the grandeur and opulence of the French régime, as well as its chaotic downfall and the new order that rose from its ashes. Articles include biographical portraits of Marie-Antoinette and conspirators, profiles of other fascinating characters, such as Robespierre and Voltaire, as well as the extravagant history of the royal Palace of Versailles with its Hall of Mirrors and extensive gardens.

From the advent of the guillotine, to the firebrands, to the philosophers, and royal philanderers who figured in the Revolution, Encyclopaedia Britannica sheds new light on this fascinating period of world history. Learn about the progression of events from the storming of the Bastille through the Reign of Terror; the scandals of Marie-Antoinette, such as The Affair of the Diamond Necklace; the lavish court style of Louis XVI; and the Declaration of the Rights of Man and of the Citizen.

In this edition, the editors of Encyclopaedia Britannica examine France in the Age of Enlightenment, leading up to the causes of the French Revolution.

What listeners say about France in the Age of Enlightenment

A dry recitation of data

Full of facts but written as if the goal were to speed right by them.