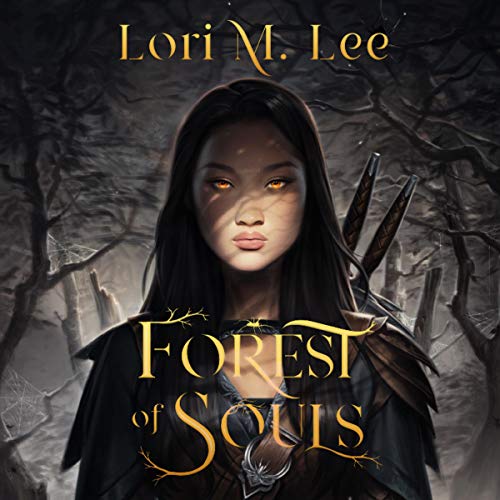 Sirscha Ashwyn comes from nothing, but she's intent on becoming something. After years of training to become the queen's next royal spy, her plans are derailed when shamans attack and kill her best friend, Saengo.

And then Sirscha, somehow, restores Saengo to life.

Unveiled as the first soulguide in living memory, Sirscha is summoned to the domain of the Spider King. For centuries, he has used his influence over the Dead Wood - an ancient forest possessed by souls - to enforce peace between the kingdoms. Now, with the trees growing wild and untamed, only a soulguide can restrain them. As war looms, Sirscha must master her newly awakened abilities before the trees shatter the brittle peace, or worse, claim Saengo, the friend she would die for.

What listeners say about Forest of Souls

Interesting ideas and world. but very average telling, I did finish it but because it had a lot of classic tropes i was able to guess the end. don't think I'll read the next one unless I've got nothing else in this genre

This book is amazing. Had me engaged from the very first chapter and is so beautifully written. And the narrator did such an amazing job, I love the way in which she tells the story. she has one of those voice that could lullaby you to sleep. I for one can not wait for the next book.

This wasn't bad it was beautifully written but it kind of just missed the mark for me.

Might have been because while there was action it did not keep me interested enough to actually care if one of the characters died.

This story is told from inside the mind of the main character, but somehow, every reveal.. is boring. Also, some details are revealed at an odd time.. and so feel convenient.

Personally, my heart broke when the best friend sounded like a love interest, but was not. That would have been nice to know in the beginning.

In summary, the author has talent and needs a better editor. Or, of course, the style is simply not for me.