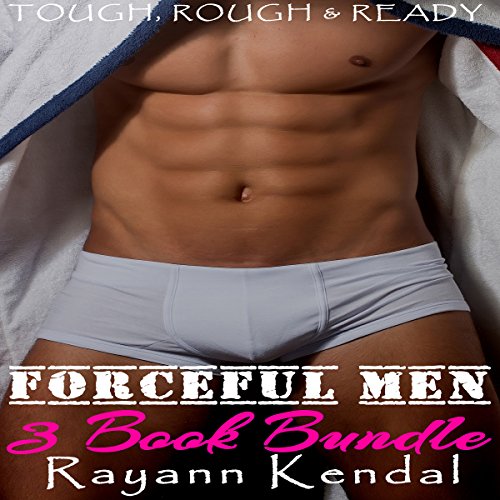 Three short stories featuring men who know how to get what they want. They take charge. They chase their women down. They lay down discipline. They harbor a burning desire. A desire they will claim.

She had always had a short fuse. And now, that temper had a sizzling hot man ready with some discipline. When things started going wrong - and there was a lot going wrong lately - she was even known to throw a super-sized temper tantrum. Trashing the furniture in her apartment wasn't the cheapest way of relieving her tension, but it was the most effective. Until the downstairs neighbor showed up outside her peephole promising to deliver the discipline she never had installed in her by the man of the house. And God, does she need someone to take her over his knee.

Mae has a secret.

Fighting alongside her men in the war that tore the states was not an option. Or was it? A tom-boy's body, a short haircut, a new personal, and she was in. But could she fool them all?

Sergeant Wesley is a rough shod, burly Midwest man. He has thick shoulders, a deep voice - and keen eyes. Mae seems to have blended in with the testosterone of camp life, but one man has her on high alert. Wesley knows Mae is harboring a secret, and he's ready to pull it out of her with whatever means possible.

Will Mae keep her secret, or will Wesley discover every inch of what she is hiding?

Anya was ready for an alpha stud.

The kind her friends talked about. The kind that intimidated the hell out of her. That's exactly what tonight was all about. Tonight, the studs would be pursuing her quite literally. The line-up of men strip down for the chase. Pursued by hot and ready men, Anya has a choice to make. Fight them off and win the prize, or give in and become the prize?