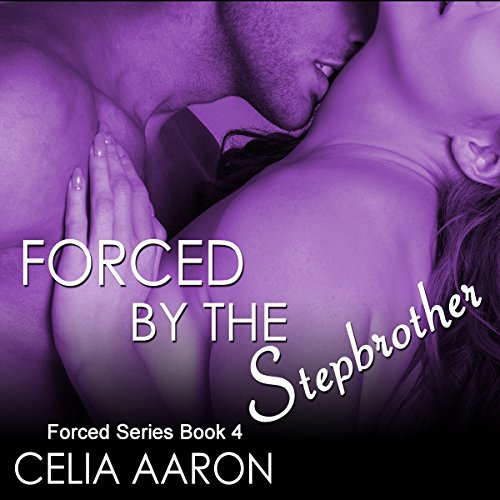 Forced by the Stepbrother

Forced by the Stepbrother

Dancing for strange men was the biggest turn on I'd ever known. Until I met him. He was able to control me, make me hot, and make me need him, with nothing more than a look. But he was a fantasy. Just another client who worked me up and paid my bills. Until he found me, the real me. Now, he's backed me into a corner. His threats and promises, darkly whispered in tones of sex and violence, have bound me surer than the cruelest ropes. At first I was unsure, but now I know - him being my stepbrother is the least of my worries.

Warning: This book contains situations involving forced seduction and dubious consent. If these are triggers for you, it's likely best for you to avoid this story. If not, get the popcorn and enjoy.

Check out the previous books in the series:

Forced by the Kingpin

Forced by the Professor

Forced by the Hitmen

What listeners say about Forced by the Stepbrother

,This is just smoking hot!!! So sexy and with a dominant Male that can't get enough,it will melt your painties. The writing was awesome... so creative and expressive that you won't be able to stop reading. Love Celia Aaron so muc!!!

Nothing but hot hot hot!

If you are looking for hot hot hot sessions over and over again... then you're in the right place. If you are looking for a story line, depth or chemistry, then this is not it. It's hard to develop this in just over an hour. So, don't expect it. I didn't care for the narration. Robert's female voice sounded like grandma. And imagining grandma doing the hot stuff... ouch!

Would you consider the audio edition of Forced by the Stepbrother to be better than the print version?

I haven't read a print version.

Generally I liked it, but I found it curious that the woman was so hung up on the "stepbrother" aspect. Come on. This whould not be an issue between two unrelated adults.

What about Robert Coltrane and Rita Rush ’s performance did you like?

These two work very well together. I have listened to several performances by them and they always do quality work.