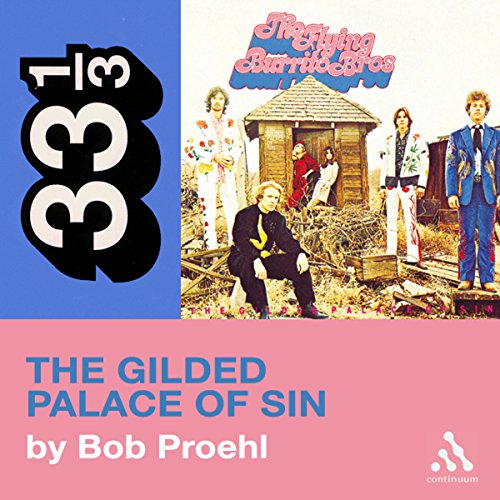 Andy Caploe’s rich, engaging performance guides the listener through Bob Prohel’s comprehensive and revelatory examination of one of the tragically overlooked records of the 1960’s; a fusion of rock, folk, and country unlike anything that preceded it and whose influence can still be felt in both mainstream and alternative music over 40 years after its release.

The social and political upheaval of the late 60’s figure prominently in Proehl’s analysis of the lyrics and sonic landscape of The Gilded Palace of Sin, and Caploe’s animated delivery captures the dynamism of Proehl’s prose in this fascinating listen.

Overshadowed by Parsons, this album remains an anomaly in the country rock genre, a map in miniature of a moment in music, and warrants discussion as more than part of the Gram Parsons legacy.