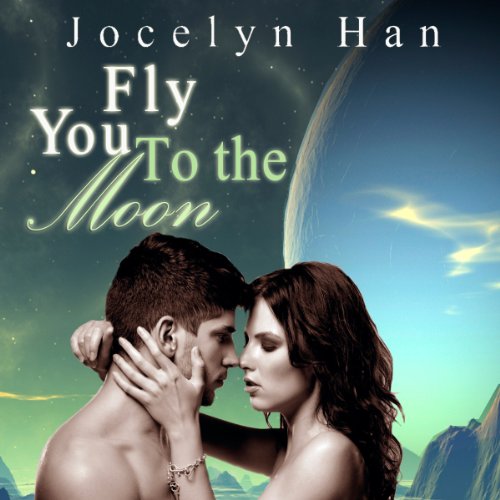 Fly You to the Moon

Fly You to the Moon

After her father's death, the last thing Ava Windsor wants is to leave Earth and move to an Elite colony on the moon for the next 10 months. Nicolas, a half-uncle she doesn't even remember meeting, is to be her custodian until she reaches the age of 21. Until then, she is not allowed to touch the money her dad has left her. Being the only child of a disowned Elite father and a common mother just got a lot more complicated. But surviving among the Luna Six Elitists who treat commoners as servants should have been the least of Ava's worries. Nicolas Carter is nothing like she expected. He condemns the Elite lifestyle, he is a lot younger than her father, and he is definitely way sexier. Ten months on the moon seem like an eternity if you know you shouldn't be falling for your guardian - but just can't help yourself. A sweet, steamy romance novella for lovers of New Adult with a hint of Futuristic.

Ava is sent to live with her uncle after her father dies. This is a man that she doesn't even know or really remember. How is she suppose to survive living with him until she is old enough to receive her inherritence.

At first, I was leery of a story that took place in outer space but the author really made it work. I loved the story line and the prospects of more adventures and tales about these characters.

Who says a quicky is bad

Hot, steamy, quick and to the point. What more could you ask for from erotica? Love that this story built the sexual tension between the characters and did not drag it out FOREVER!

Yes I would it was a short but cute story

What was one of the most memorable moments of Fly You to the Moon?

When they finally got together

Will listen to other books by this author

Would you consider the audio edition of Fly You to the Moon to be better than the print version?

Absolutely. No written words can be as good as audio formats. The audio formats have the ability to use proper pronunciations, accents etc... also with audio, the narrator has the ability to stress just the right parts to add emotions in. We can't get that reading it our selves.

What other book might you compare Fly You to the Moon to and why?

No comparison. I don't like to compare books to others as if someone didn't like the comparison, they might hate this too & every book should be judged on it's own.

I liked the ending the best.

When Ava confessed to Jeremy out loud that she loved someone else! Jeremy suddenly realized who it was.

When Ava Windsor's father died she doesn't want to leave her home but realizes she doesn't have any choice. She packs her things, leaves Earth and moves to an Elite colony on the moon, yes, on the moon. Nicolas, is a half uncle she doesn't even remember ever meeting but has now become her guardian. He's her custodian until she turns 21 years of age. She can't touch her money her dad has left her until she reaches that age. She's the only child of a disowned Elite father and a common mother that just makes things more complicated. Surviving the Luna Six Elites who treat commoners as servants should be the least of Ava's worries. Nicolas Carter is nothing as she'd expected. He's younger than her dad and way sexier. Even though he condemns the Elites lifestyles there's something about Ava he can't stop thinking about nor can she. J.H.

Ava struggles with her feelings but soon discovers that Nicolas is to. I actually liked the story and the setting. I will be honest and admit that I am still having trouble about the whole half uncle thing and the author shouldn't have used that in the story because that's incest. I think the author could have said it was her uncle by marriage or someone that wasn't any kin at all. It's a fast paced story. Melissa Huso did an exceptional job with narrating this story. I was able to understand and identify each character that was speaking. Author Jocelyn Han did a wonderful job creating this world. I would read another book by this author because in all honesty the storyline was written extremely well. I only hope that she doesn't write another story with anyone related. If you can get by that then the story is really good and I will be looking for more stories by her.

This love story on the moon (though Ava is from earth) between a 20-year-old woman and her dad’s 32-year-old half-brother will be uncomfortable for some due to the distant biological connection between the H (Nicolas) and the h (Ava). It wasn’t for me. This story occurs in the 22nd century. The two didn’t grow up together or really even know each other prior the meeting that resulted in their love affair. This type of relationship didn’t seem strange in their culture. Some of Ava’s statement showed her youth, which was annoying at times, while also realistic, so…. I really enjoyed how the author addressed issues of classicism between the “elite” and the “commoners”. It didn’t come across as though the author had an “agenda.”
Once Ava and Nick got physical it just seemed to be like any other relationship. Their biological connection was forgotten. Ava was the one to initiate it at first. And, initially, Nick fought his attraction and acting on it. But, once revealed, the first reason given for him fighting the attraction was dumb. But that was soon fixed by them talking about the realities of them being together. That very realistic moment made up for some of the more dull or dumb parts of this story.
The sex scenes were too quick and a bit boring. I don’t know if it was how the scenes were written or how the narrator depicted them, but, either way, they didn’t work for me. And I think it was a bad combination of both.
Then the story ends abruptly without any type of closing. More than once I checked to see if I had skipped over something. Even now I’m still wondering if there’s an error with the recording b/c I just can’t believe that ended as it did. If that ending is an attempt to get people to buy a sequel, I am unlikely to be among them. The beginning of the story was better than the middle and the end.
Overall, the author succeeded at making this somewhat “taboo” relationship quite plausible and only mildly problematic or “taboo” as the listener.