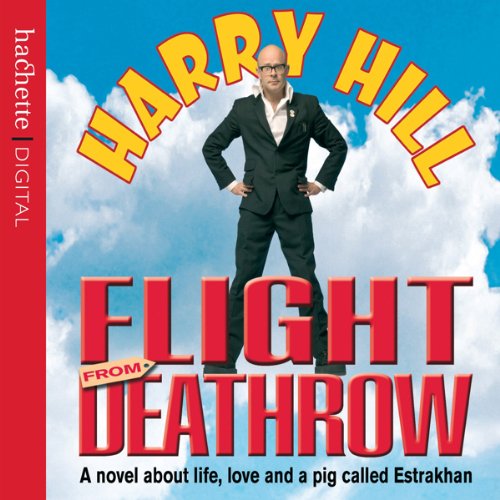 What happens when an artificial-foot freedom fighter throws a British-made foot at the Chairman of the Communist Party of China? Will Dong Xiao Ping make it to Tower Records to buy the latest Status Quo album? Will Andrew Lloyd Webber complete his new musical? Will Willie Whitelaw marry his parrot? Will our hero make that engagement at the Gonk factory in Leeds?

What listeners say about Flight from Deathrow

It's certainly very surreal, but more a series of described scenes than a novel and, sorry Harry, but it just isn't very funny.

Needing an antidote to too many psycho thrillers, I thought I would try a little comedy, which is precisely what Harry Hill serves up. Lacking style, laughs, length and in fact just about anything you might expect in good comedy he offers a collection of silly characters and situations that though a meager hour or so, seems a lot, lot longer: woeful, could I have my money back please Mr Hill.