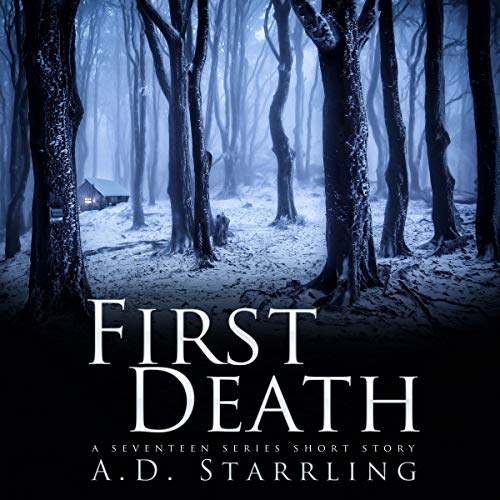 Discover where it all started...

Carpathian Mountains, Moldavia, 1570. Ten-year-old Lucas' life is a simple but happy one. All that changes when the Hunters finally track down his whereabouts.

Forced to bear witness to horrific scenes that forever shatter his innocence, he discovers the shocking secret behind his less than ordinary existence. What follows is a fight for survival that will define the nature of a boy bound to an incredible destiny whose origins have been lost to the tides of time.

First Death is a short story set in AD Starrling's best-selling supernatural thriller series Seventeen. If you like high-octane adventures that combine science and fantasy, then you'll love the world of Seventeen.

Short, engaging lead in to the series.

The story is set in Carpathian Mountains in 1570 This introduces a 10-year-old boy, Lucas, who has been raised in seclusion by his loving parents. They have taught him to be a skilled outdoorsman and hunter, but they did not tell him of his heritage or destiny. One afternoon he learns the truth during a horrific attack on his family.

Lucas awakens amid the bodies of his parents and their five attackers. He packs the important items from his home and sets off for a village a few days away. Along his journey he is aware that someone or something follows. He escapes a pack of wolves to arrive at the village and follow his mother’s last spoken word.

The writing is simple and exciting in tone. Although this story barely sets the stage, it pulled me into Lucas’ world and made me want to follow his adventures and learn more of what happens in the series. I can’t say how I will like it until I try a fuller episode. This is a good start for those who enjoy fantasy with adventure and danger.

Audio Notes: Michael Bower does a good job with the narration. The presentation is crisp and clear with voices to match characters. The reading conveys the story with empathy and I will want to listen to the first full volume of the series.