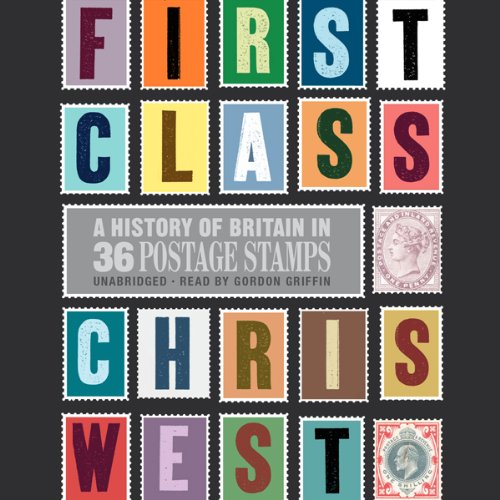 By: Chris West
Narrated by: Gordon Griffin
Try for £0.00

This delightfully playful history uses 36 of our most expressive, quirky, beautiful and sometimes baffling stamps to tell us the story of Britain, through Dickens and the potato famine to Thatcher and punk. Stamps tell a story. Since the Penny Black first burst on the scene in 1840, they have made and mirrored history as it happens - from the 'British Empire Exhibition' of 1924 to the Austerity Olympics of 1948, from the Coronation to the death of Diana, from the advent of computers to the new Millennium.

Chris West is a stamp-obsessive. He has picked his favourites to tell hugely entertaining and idiosyncratic history. We learn about the Penny Lilac which united a nation in 1881; the controversial schoolboy-designed Edward VIII stamp of 1936; the day the Queen's head was nearly chopped off in 1966; the first non-white Briton to grace a stamp in 1982, and many more. Each lovingly-designed stamp is a vintage specimen and a tantalising window onto an era.

“Telling a nation's story through a selection of its stamps is an ingenious idea for a book, and Chris West has executed it with flair and imagination” D J Taylor
“Small but perfectly formed - 5 stars” The Telegraph
“A splendid reminder of the philatelic glories of the past… These miniature gems are of the highest quality in design, subject choice and colour” The Times

What listeners say about First Class