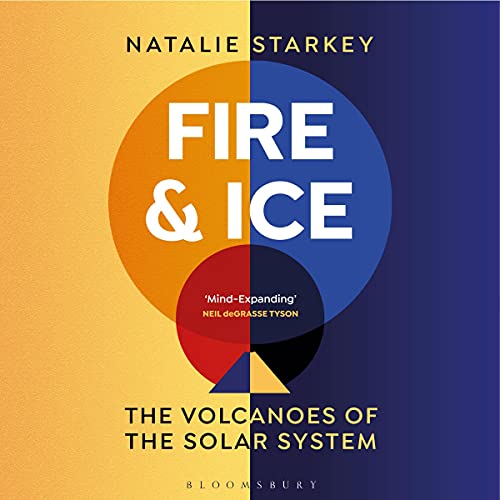 The volcano - among the most familiar and perhaps the most terrifying of all geological phenomena. However, Earth isn't the only planet to harbour volcanoes. In fact, the solar system, and probably the entire universe, is littered with them. Our own Moon, which is now a dormant piece of rock, had lava flowing across its surface billions of years ago, while Mars can be credited with the largest volcano in the solar system, Olympus Mons, which stands 25 km high. While Mars' volcanoes are long dead, volcanic activity continues in almost every other corner of the solar system, in the most unexpected of locations.

We tend to think of Earth volcanoes as erupting hot, molten lava and emitting huge billowing clouds of incandescent ash. However, it isn't necessarily the same across the rest of the solar system. For a start, some volcanoes aren't even particularly hot. Those on Pluto, for example, erupt an icy slush of substances such as water, methane, nitrogen or ammonia, that freeze to form ice mountains as hard as rock. While others, like the volcanoes on one of Jupiter’s moons, Io, erupt the hottest lavas in the solar system onto a surface covered in a frosty coating of sulphur.

Whether they are formed of fire or ice, volcanoes are of huge importance for scientists trying to picture the inner workings of a planet or moon. Volcanoes dredge up materials from the otherwise inaccessible depths and helpfully deliver them to the surface. The way in which they erupt and the products they generate can even help scientists ponder bigger questions on the possibility of life elsewhere in the solar system.

Fire and Ice is an exploration of the solar system's volcanoes, from the highest peaks of Mars to the intensely inhospitable surface of Venus and the red-hot summits of Io, to the coldest, seemingly dormant icy carapaces of Enceladus and Europa, an unusual look at how these cosmic features are made, and whether such active planetary systems might host life.

What listeners say about Fire and Ice

FIRE & ICE is the perfect name for this amazing story along with the books cover. Natalie Starkey, the author & narrator has created a geological jewel for those interested in Earth Science and Planetary evolution in our Solar System. Covering all our planets, the sun, major asteroids and Kuiper belt objects such as Pluto, Natalie provides the listener with exquisite science of volcanism and the possibility of it's link to the evolution of life here on Earth and the moons of Jupiter & Saturn. I enjoyed listening to her totally English accent which adds for me another level of value. You may think you understand the geology of volcanos, but this takes it to a brand new level. Europa, one of Jupiter's Ice Moons is engulfed in the magnetic and radioactive fields of it's massive neighbor. This has created a gravity push & pull process that has fractured it's icy surface and allowed massive jet streams to erupt from it's southern hemisphere observed by the Voyager mission & the Hubble Telescope. Io. another of Jupiter's smaller moons, is the most volcanically active in our Solar System. Saturn's moons also show signs of geological activity. Enceladus has also had giant plumes observed from it's icy covered surface. Titan, another unique moon of Saturn has active flows of methane similar to the lakes and rivers here on Earth but not of water. I highly recommend this book and the Science and especially the scientist, Natalie Starkey. Watch NASA & ESA news for the missions to follow called Europa Clipper & JUICE, both will study these worlds searching for any evidence of biological connections to our past & future.

This book is a must!! I learned so much listening to this book, and Natallie Starkey is brilliant!! I recommend this book 100% you won’t regret it! I discovered Natalie on Star Talk radio and was pleasantly impressed by how much knowledge she has on volcanoes and how they are a big part in learning about our planet and others in our solar system!!