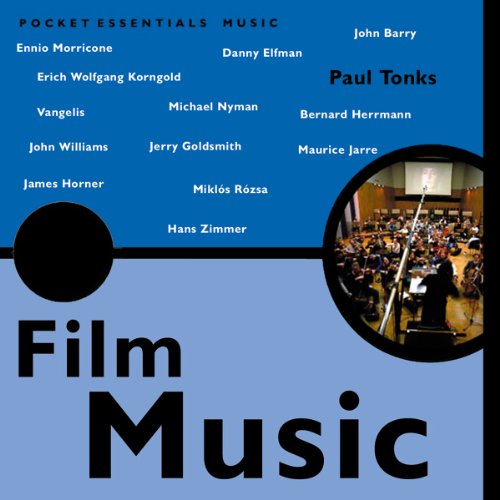 Classical purists say it isn't 'real' music, yet it regularly tops charts and plays to sell-out concert hall audiences. Chart music followers consider the orchestral form passé, yet artists are increasingly sampling from cinema classics. Many cinemagoers are unaware there is music accompanying the films they watch. Some composers say that's the way it should be. Others strongly disagree.

This book celebrates the rich history behind all these views.

Who have been the most influential composers and who have they influenced? Which scores have best served a film and why? What have been the historical, social, and technological changes that have affected the industry? This book addresses all these points in a chronological examination of this much-maligned art form.

From Ben Hur to Star Wars and Psycho to Scream, film music has played an essential role in such genre-defining classics. Making us laugh, cry, and jump with fright, it's the manipulative tool directors cannot do without.

There are many differing approaches and opinions about what achieves a desired emotional effect, with composers always hunting a golden rulebook of tricks they can employ. This isn't that particular book.

What's in it? The turbulent history, the ever-changing craft, the reclusive or limelight-loving superstars, the enthusiastic world of fandom surrounding it, and the best way to build a collection. It's all streamlined into a user-friendly guide for buffs and novices alike.

What listeners say about Film Music

Insight behind the scores

This book provides a good analysis of the workings of the scores and film. As others have pointed out, the many mispronunciations are somewhat notable, but can be overlooked for the rest of the book's content.

This is mostly about scores to films--not songs as used in films. While I love film scores and found the material in this book interesting, I'd love to be able to recommend it to others, but the narration was so poor, though, that I really can't recommend this title. Remember Woody Allen's character in MANHATTAN reacting with disbelief to Diane Keaton's pronunciation of Van Gogh's name? That was how I felt while listening to this audiobook--and this prevented my enjoyment of such a well-researched book. Didn't anyone listen to this while or after it was recorded? The mispronunciations come at the expense of marring and incorrectly altering the subject matter.

What disappointed you about Film Music?

the narrator had no idea how to pronounce things. And No I'm not just saying that because she is british. She blatently mispronouces names.

Learn How to Pronounce your subject matter!

What character would you cut from Film Music?

A boring dissertation, not a vivid presentation

Would you try another book from Paul Tonks and/or Victoria Gaskell-Watkins?

Perhaps naively, I was expecting to hear an exciting review of film music with musical examples and illustrations lavishly sprinkled throughout the narration - if not the original musical scores, then at least a few piano notes of the melody to remind us of what particular piece of music the book was talking about. Instead, I got a long and dry dissertation that might be of interest to diehard film or music historians, but offers nothing to relate to those of us who are unfamiliar with or forgetful of many of the artifacts from the voluminous lore of cinematic history. It appears that you would need to have immediate access to all of the many films mentioned in the book in order to understand what it is talking about. It is a not a book you would listen to while driving, walking, exercising etc.

Has Film Music turned you off from other books in this genre?

I decided that I will be very careful next time and will listen to a preview first.

The narrator could not have been more boring. It appears she was mostly concerned with making sure her English sounded posh and educated, in the British sense, instead of trying to make this listless book come alive at least a little. I am only at the first 15 minutes of Chapter 2 and I already know I am not going to listen to much more of it, lest I fall asleep behind the wheel.