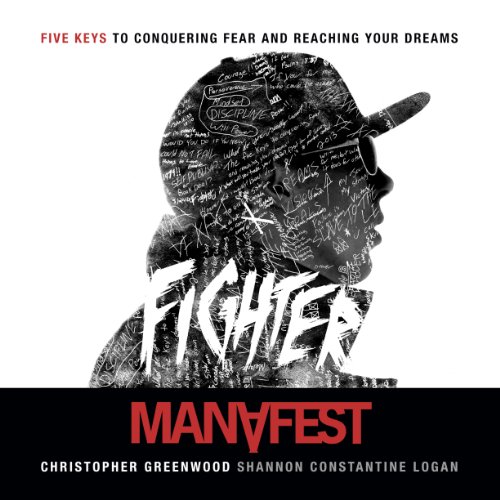 Fighter Five Keys to Conquering Fear and Reaching Your Dreams

Fighter Five Keys to Conquering Fear and Reaching Your Dreams

"It's too late. It's my fate I can't turn around. There's no fear in the mirror to hold me down."

Musician Chris 'Manafest' Greenwood lost his father to suicide at the age of five, and found himself with nothing to cling to but a single mom and his childhood dream of moving to California to become a professional skateboarder. But God had different plans; by the age of 18 Chris fell in love with hip-hop music and quit his corporate job to join the ranks of Toronto's competitive underground hip hop scene, choosing the name Manafest as a reflection of his goal to manifest his dreams. After years of fighting for success in one of the toughest industries in the world, he found himself living in his dream - a 3-time JUNO award nominee, Top 10 Billboard charted rock artist, living in southern California, selling hundreds of thousands of records worldwide.

Named after his highest charted song, "Fighter," this book is the story of how Chris conquered his fears and found success in five stages, which he calls the anatomy of a fighter - Courage, Perseverance, Mindset, Discipline, and Willpower - the five resources we can all draw on in order to reach our dreams, no matter what they are.

The message is simple; we have to replace fear with faith. If God can do something great with a skate punk from Pickering, Ontario, imagine what he can do with your life!