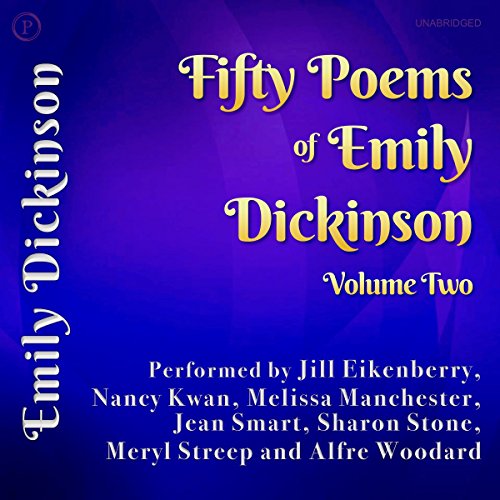 Emily Dickinson was born into a prominent New England family. Sociable as a child, she grew increasingly withdrawn, and in later years she became known as a recluse. Though her poems often accompanied gifts to family and close friends, only seven were published during her lifetime. Just after her death in 1886, her sister discovered 1,775 poems bound in small packets; 50 of the most penetrating and insightful of those poems are collected here. Listeners will find them perfect for meditation, relaxation, or simply for the sheer pleasure of listening to what has become known as some of the best English language poetry every written.

What listeners say about Fifty Poems of Emily Dickinson, Volume 2