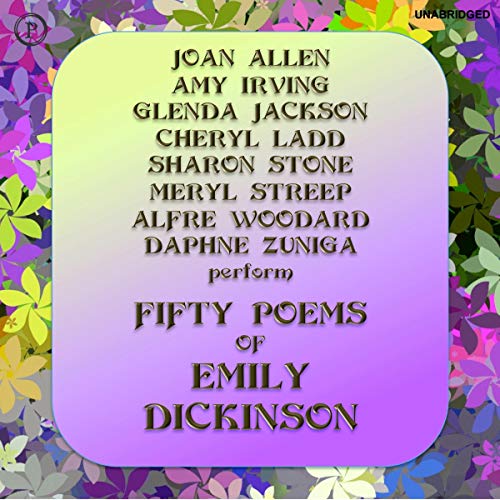 Emily Dickinson was born into a prominent New England family. Sociable as a child, she grew increasingly withdrawn and in later years became known as a recluse. Only seven of her poems were published during her lifetime. After Emily's death in 1886, her sister Lavinia discovered 1,775 poems bound and small packets tied with thread. They were first published in 1890, attracting unexpected attention in literary circles. With sparse, precise language, Emily Dickinson conveyed a penetrating vision of the natural world and an acute understanding of the most profound human truths. Her poems have been widely recognized as among the greatest in the English language.

What listeners say about Fifty Poems of Emily Dickinson